Well, it seems like we’re receiving an early Christmas present from the Japanese at Honda or their luxury division over at Acura.

We’re finally getting confirmation of a follow-up model to the great Honda NSX and it will be unveiled at the 2012 Detroit Motor Show. Actually, a concept version of the new Acura NSX will be unveiled at the upcoming Detroit Motor Show but a short mention from the Japanese on the matter settles the case.

The Acura NSX concept that will be revealed actually includes a new styling direction, one which showcases the look of the new Japanese supercar.

Along side the new design, the Acura/Honda NSX concept will be boasting the same sort of hybrid powertrain as the actual production car. That’ll be a high output electric SH-AWD hybrid system, one that combines some pretty nifty pieces of technology of electric power and internal combustion.

A hybrid engine that’s supposed to be the mating of a 3.5 liter V6 engine with a built in electric motor and another couple of electric motors.

We’re still missing on a few details on just how the Acura NSX Concept or production car would work properly with such a complex drivetrain. 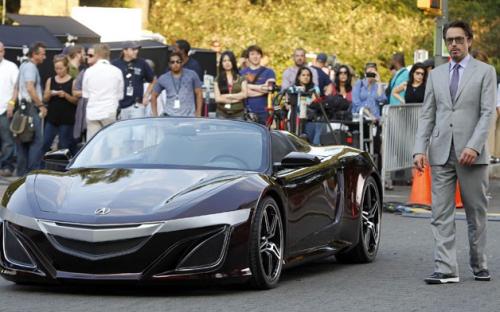 Hopefully, the brawny Japanese will sort everything out and they really will produce around 500 horsepower from its mid-engined setup.

It seems like most of the rumors about the Honda NSX are turning up to be true. If in the end it gets to the American show looking like Tony Stark’s latest ride, we’re in for quite the treat.