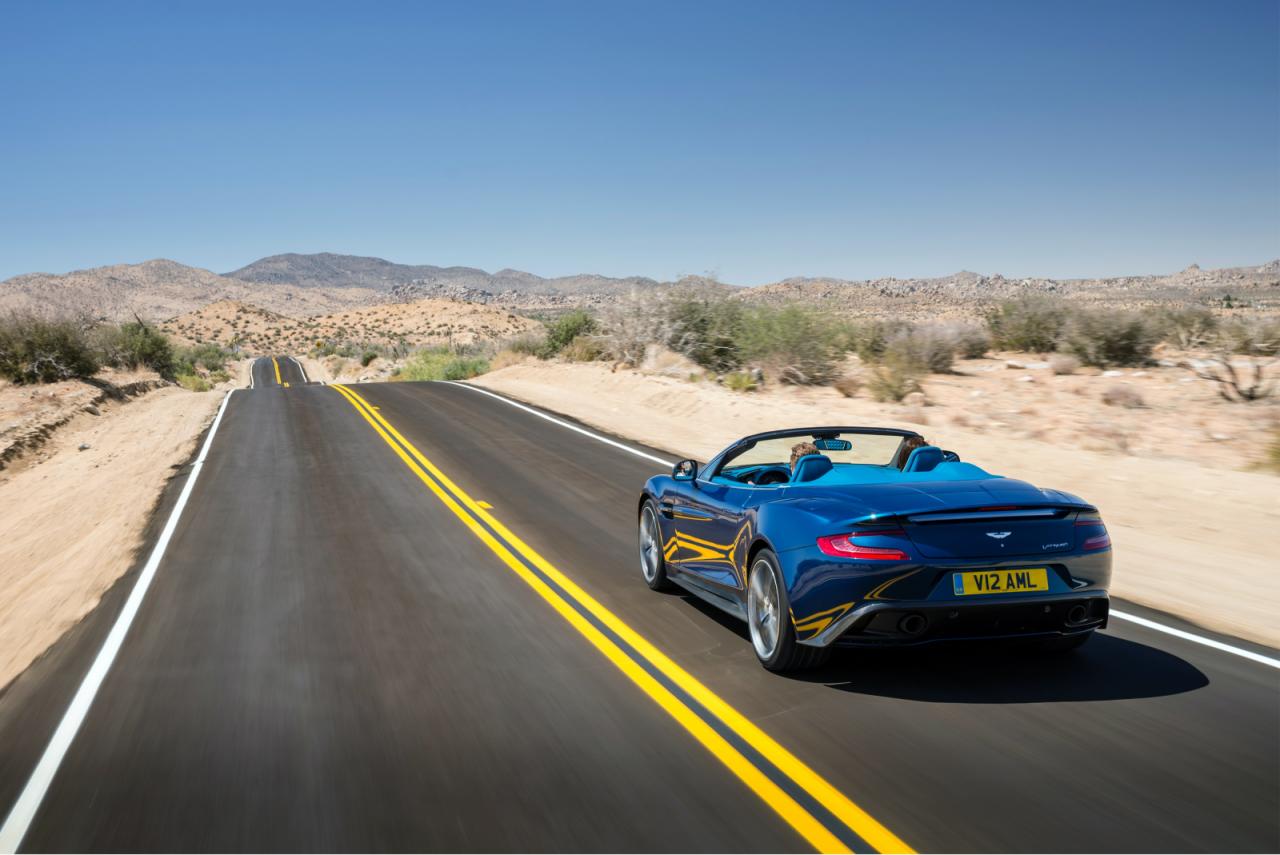 Aston Martin officially announced that the all-new Vanquish Volante will be introduced in world premiere at the Pebble Beach Concours d’Elegance.

The open-top model comes with a fabric roof which can be operated in less than 14 seconds. Other models to be present at Pebble Beach are the CC100 Speedster Concept and the V12 Vantage S model.

“Aston Martin’s new Vanquish Volante and V12 Vantage S sports cars will be shown at a series of celebratory events around the globally renowned Pebble Beach Automotive Week in California,” adds the carmaker.

As a second reminder, the Pebble Beach event will take place next month, between 14 and 18 August.