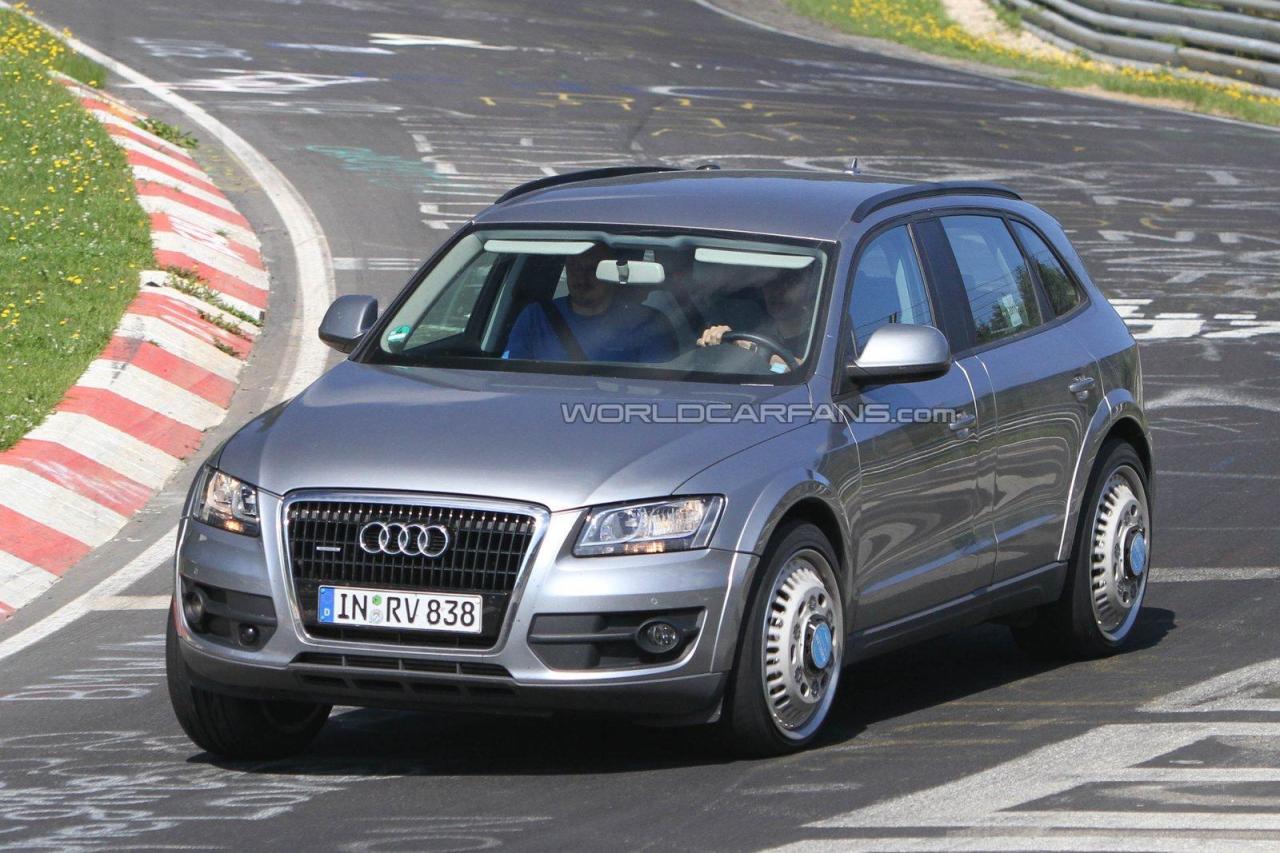 Shortly after the Germans at Audi announced the revamping of their Q Range some very crafty photographers have managed to snatch a few shots of one of the decision’s offspring.

While what we have here looks like an Audi Q5, on closer inspection we find that it is actually a Q6 test mule.

The differences that tip this fact off aren’t to be seen in how the Audi Q5 is getting a tuning job, but rather in how the body seems to have very little to do with the actual car underneath.

While the obviously not deep enough wheels can be considered a hint, the most important giveaway on how this is actually an Audi Q6 test mule is what’s going on with the B pillar.

On this particular Q5 body it was considerably widened, it actually got to a point where it is visible in between the lower part of the doors, something the Q5 isn’t giving us.

Apart from knowing what went on with this body and how Audi has mangled it up in order to house the running gear of their new Q6 we really don’t know of anything certain being done to it.

Expect a more rakish roof line to turn than this, similar engine lineup to the Q7 but without the very big powerplants being available and as for the rest, just hope we get some spyshots of the actual Q6 as soon as possible.

Fiat 500 Gucci will be a part of Fashion Week