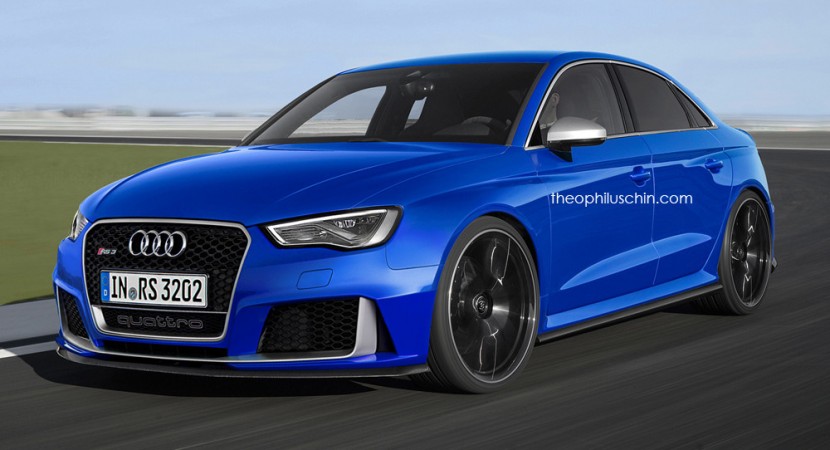 With the heavy competition from the BMW M2 and the Mercedes-AMG CLA45, it was just a matter of time until Audi would plan a sedan version of the RS3 model, which is reported to arrive next year.

But until its arriving, two renderings with the upcoming Audi RS3 Sedan, signed by the famous designer Theophilus Chin, were launched online, showing us a closer look on how the model might look like. 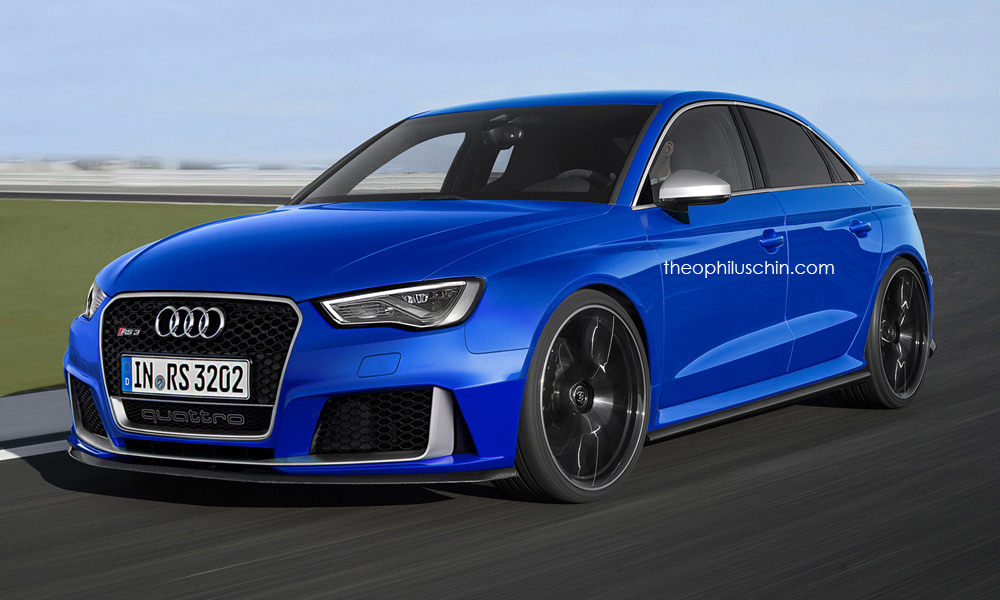 The two renderings are showing us the Audi RS3 being fitted with a more aggressive body kit, new set of wheels, a slightly revised exhaust finish and a few more. 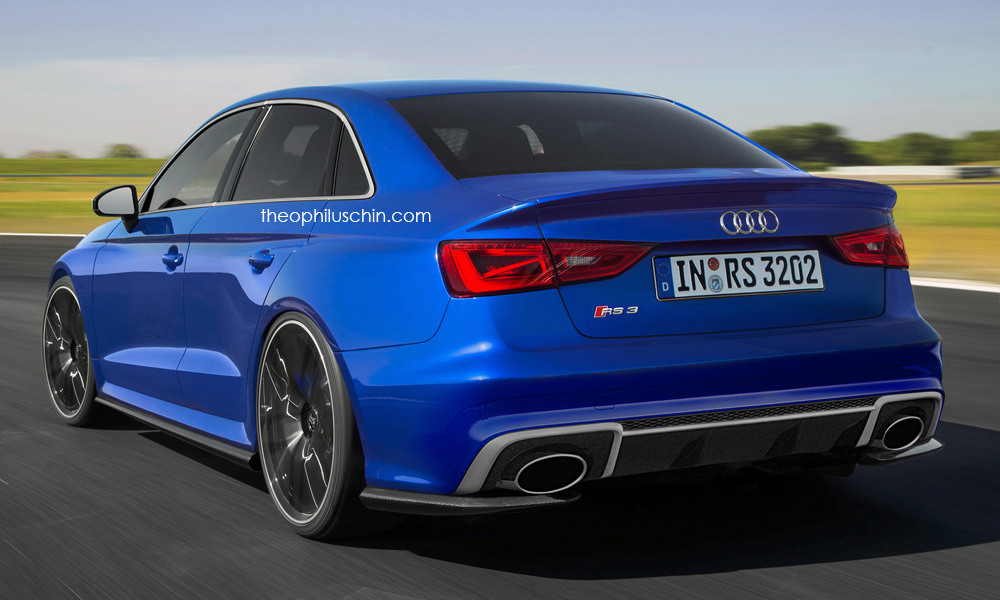 When it will come, the Audi RS3 Sedan will come with an interesting body style, perhaps taking its inspirations from the two renderings. Inside, the cabin of the RS3 Sedan would also tweaks some interesting gizmos.

Moving under the hood, this is where we should find the most expected changes, the Audi RS3 Sedan receiving a 2.5-liter five-cylinder turbocharged unit, developing 367 horsepower and 465 Nm of torque, hooked to a 7-speed S tronic transmission, which will send the power to all wheels, thanks to the Quattro system as well. The topping of the car will stand at 280 km/h.