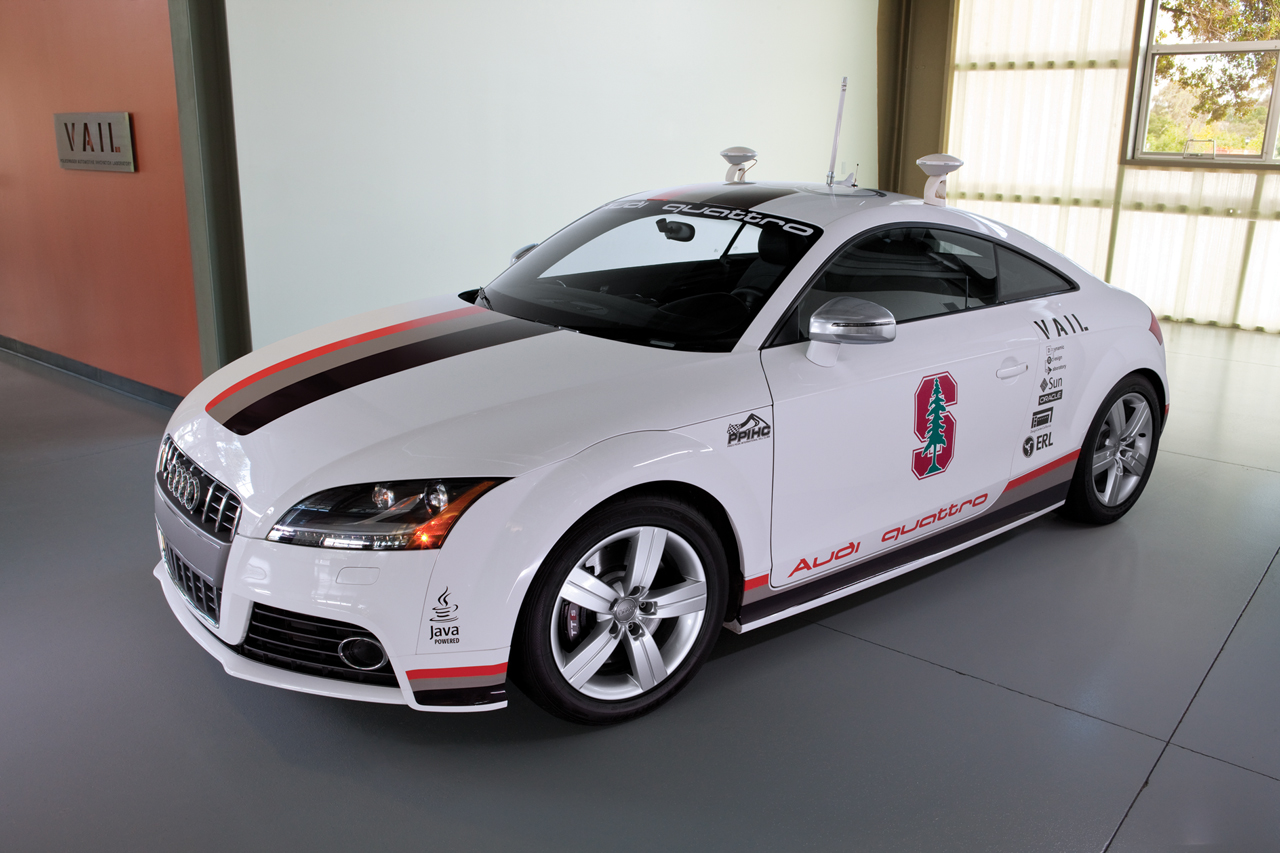 At the end of last month, Audi came to the SEMA show with a few interesting creations.

One of which was the German’s take on autonomous mobiles the self-driven Audi TTS built in collaboration with Stanford University.

Well, in order to prove that the autonomous Audi TTS is not just show and no go, the Ingolstadters put it to the test. The test the autonomous four ringed car had to take was pretty rough but it managed to pass.

Audi sent the TTS up Pikes Peak at full chat. Mind you, when I say full chat I mean as fast as computers are able to drive it at the moment.

At the end of the run, the Audi TTS made it up Pikes Peak completely un-harmed which means the system worked brilliantly as far as safety goes. But the problem came when we looked into the speed it achieved.

The autonomous Audi TTS climbed the course in 27 minutes. Given officials reckon a human would do it in 17 minutes that’s not brilliant. And apparently the top speed the Audi TTS managed was 47 mph.

That’s not very impressive but given the system Stanford designed was mostly used for city driving and stuff, it being able to drive this fast is quite an achievement. I mean, when I first got into a car to learn how to drive 42 mph seemed plenty fast enough.