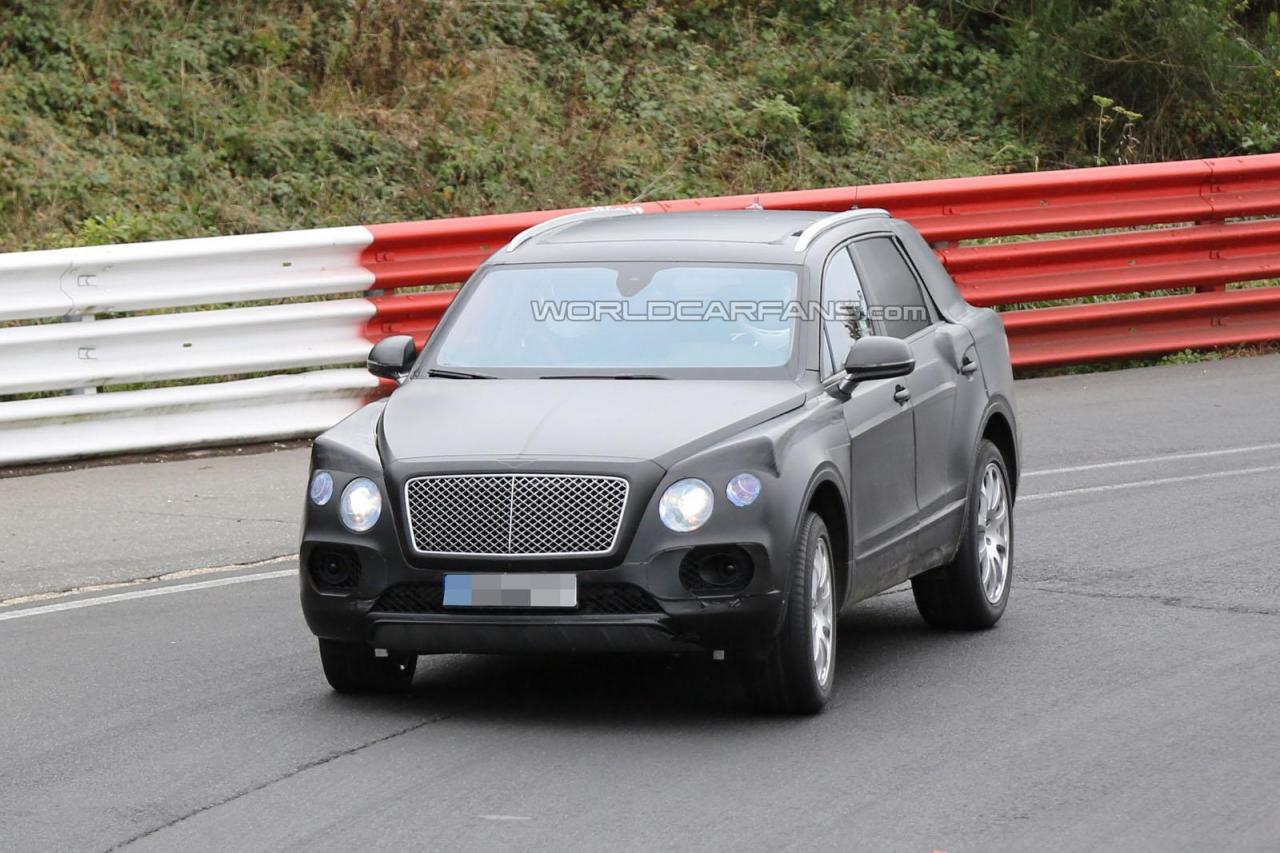 The British folks at Bentley were caught again on camera while testing a mysterious prototype on the Nurburgring circuit. Unknown might be only the name as we do know that we talk about an upcoming crossover model.

We also know that it was previewed by the EXP 9 F concept and will get a series of design cues from other models such as the Continental.

We expect to see similar front bumper, grille and headlights to the aforementioned model as well as a dual-pipe exhaust and a tailgate-mounted spoiler. Due to the thick layer of camouflage, we can’t imagine exactly how the new Bentley crossover will look like but we do know that it will ride on the MLB Evo platform.

Under the hood, expect to see a 4.0-liter V8 engine as well as a more powerful 6.0-liter V12 unit. A more efficient plug-in hybrid model could debut in 2017 but nothing is certain for now.

As far as the interior is concerned, Bentley won’t disappoint and provide high-quality materials, wood trim and other premium touches. Interior images are yet to be seen though.