BMW has been toying with carbon fiber as a mass production material option for some time now and this is where we get to see some actual results.

Meet the BMW E90 M3 CRT, a much cooler Bavarian creation than you might imagine from the name. The whole Carbon Racing Technology badge is key to representing what road BMW wants to take materials used in car construction down but there’s a simpler way of describing this new E90 M3.

What the E90 BMW M3 should be treated as is the GTS version, the hottest possible version of an M3, only it comes with the added commodity of having four doors. 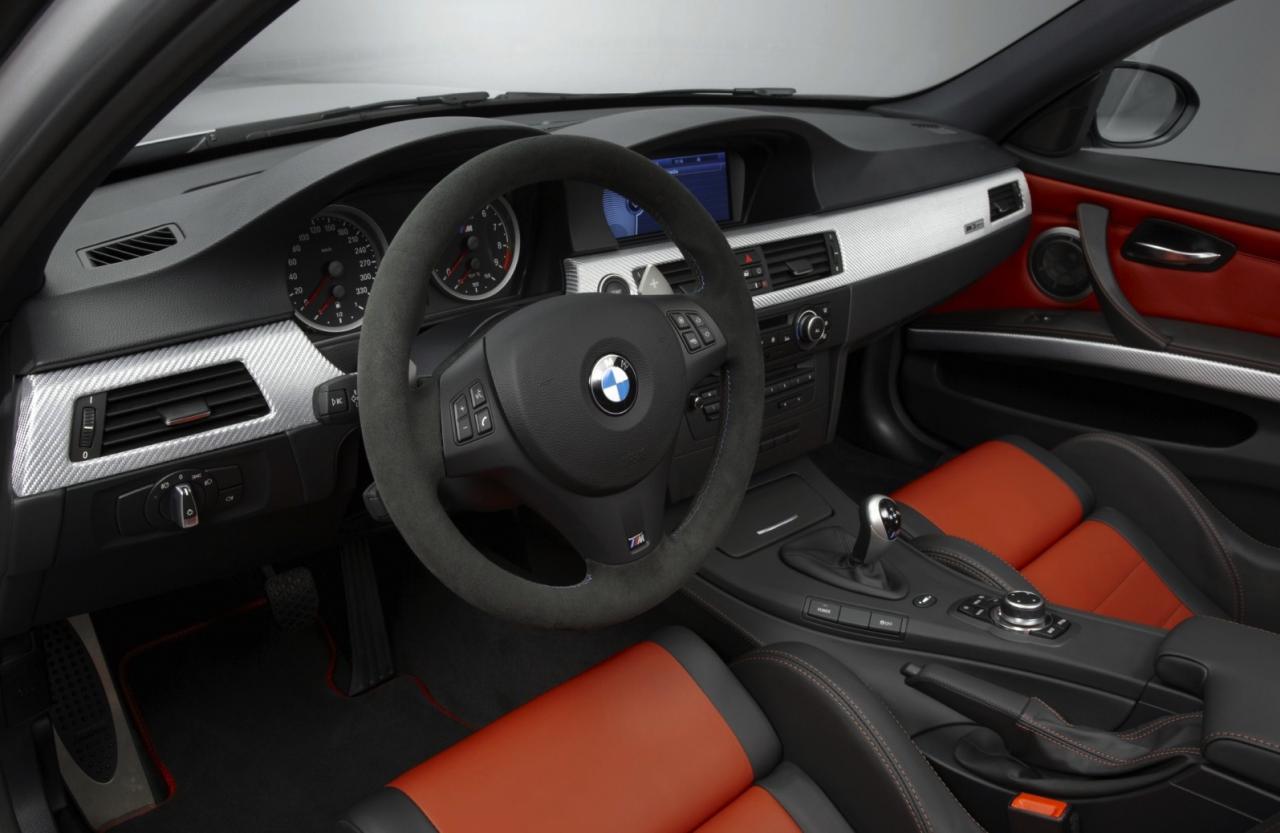 Thanks to a carbon fiber hood, seats, roof and a titanium exhaust, the scales stop about 100 lbs short of the point where the stock four door E90 M3 stands.

However, weighing in at just 3483 lbs doesn’t tell the whole store of the E90 BMW M3 CRT because there’s also a bit more punch under the bonnet.

That’s where there’s a high revving V8 engine much like the one in the normal M3, only it was bored out to 4.4 liters and it now develops 450 horsepower and 325 lb-ft of torque. 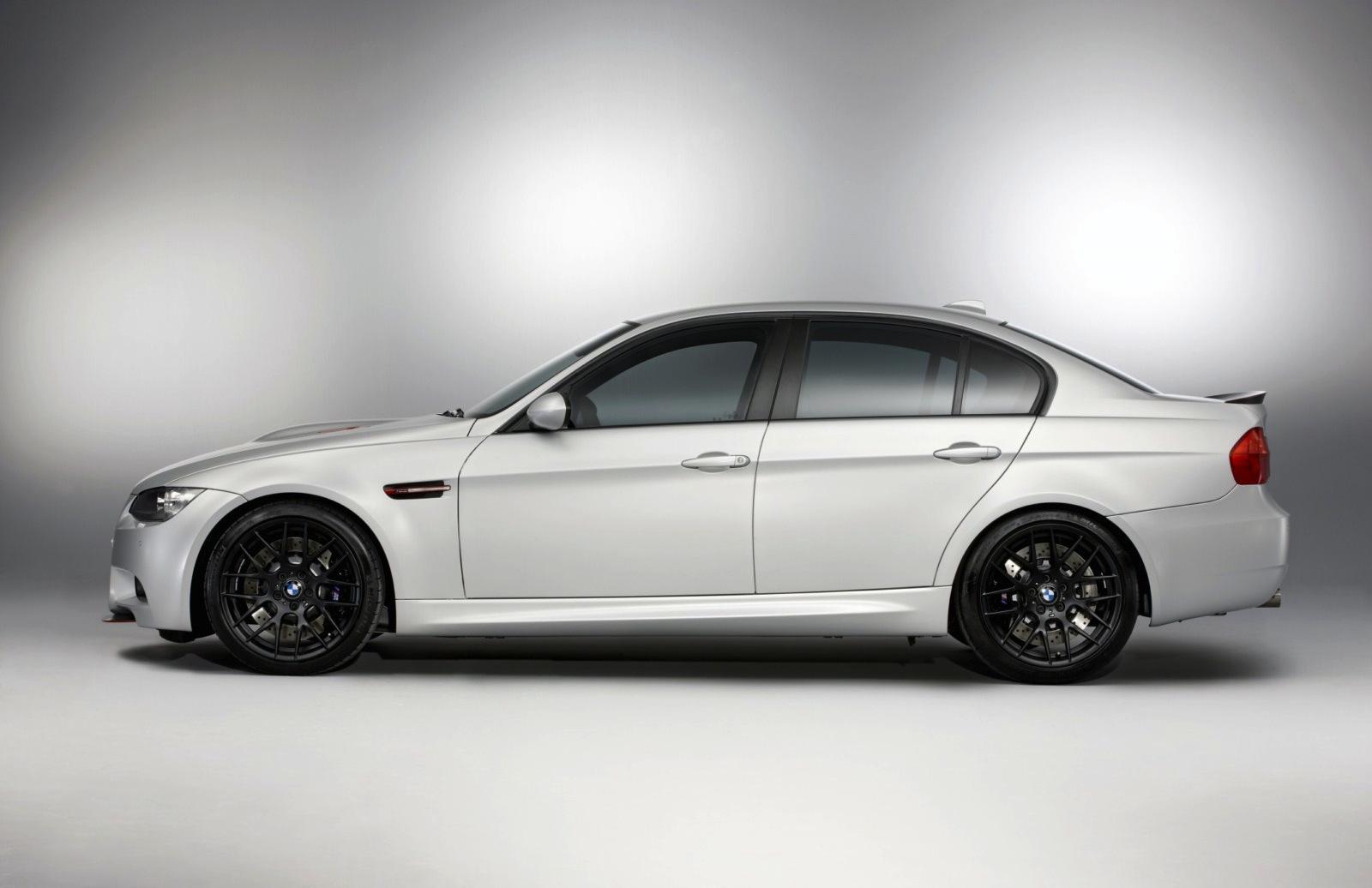 Mated to a slightly tweaked but similar M-DCT seven speed dual clutch automatic transmission, it makes the E90 BMW M3 CRT can get from 0 to 62 in just 4.4 seconds.

As a token appreciation for those who are true speed freaks, BMW’s M division lifted the top speed limiter to a much more desirable 180 mph.

Helping you handle the speed and stopping from it is the same set of 19 inch aluminum wheels found on the GTS Coupe with a similar brake and tire setup included. 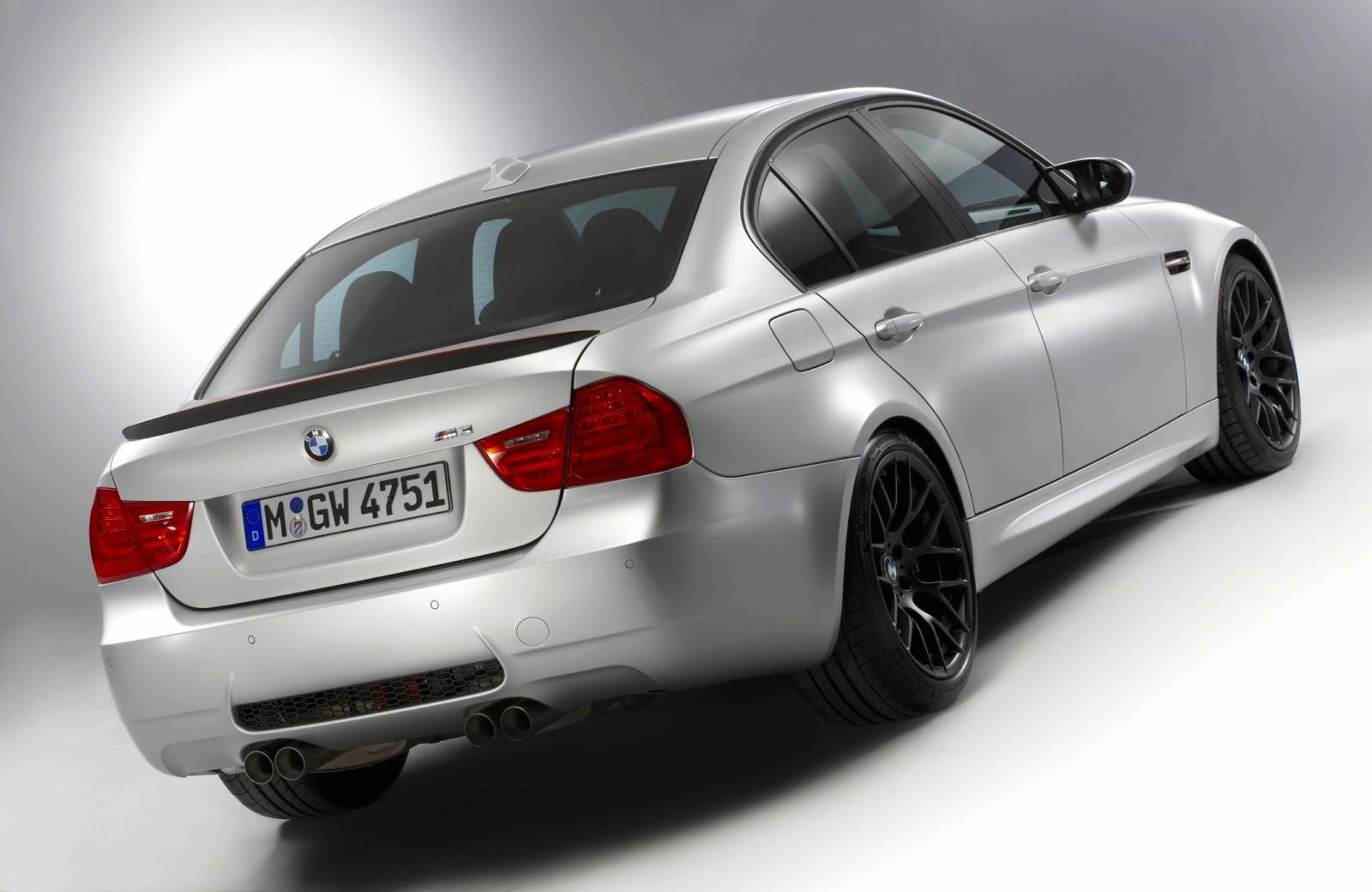 So far, we’ve seen the better aspects of the BMW M3 CRT, but we might as well take a look at some of the downsides this great Bavarian sedan has.

For starters, it’s only going to be offered in the Frozen Polar Silver metallic exterior paint shade which is kind of boring despite the red and black details and, also, rather difficult to maintain.

And for an encore, BMW is only going to make 67 units of the M3 CRT with each of them sporting a price (in Germany) that’s the equivalent of 214.000 dollars.