Everything that has to do with the Chinese market has to be exclusive in the auto industry, and we have seen a lot of top carmakers like BMW, Audi, Mercedes-Benz or Cadillac preparing their special rides with a hefty dosage of modifications in terms of body styling.

Chevrolet will also be present on the Asian market with the new Volt, which will be sold as the new Buick Velite. In terms of pricing, we surely hope that this version will not cost as much as the previous Volt model, being sold here between 2011 and 2014 from a staggering $79,000.

However, the arrival of the new Chevrolet Volt aka Buick Velite is set to revive the GM`s sales on the segment, the model coming with rather the same yet high-end features as the US-spec Volt version.

According to Autohome and Car News China, the all-new Buick Velite will come with the same design as the US sibling, adding the same engine, like the 1.5-liter petrol engine, developing a good 99 horsepower. The model is also fuel-efficient, burning out just 0.9 L for every 100 km.

The Buick Velite badge is actually the same name that was used by the company when it unveiled the model as the concept back in 2004 and will be built on the Chinese market by the Shanghai-GM joint venture. Otherwise, importing it directly from the United States and rebadging it in China, would prove way too expensive. 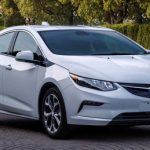 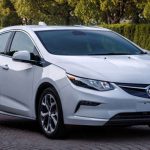 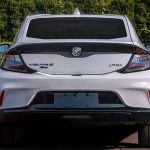