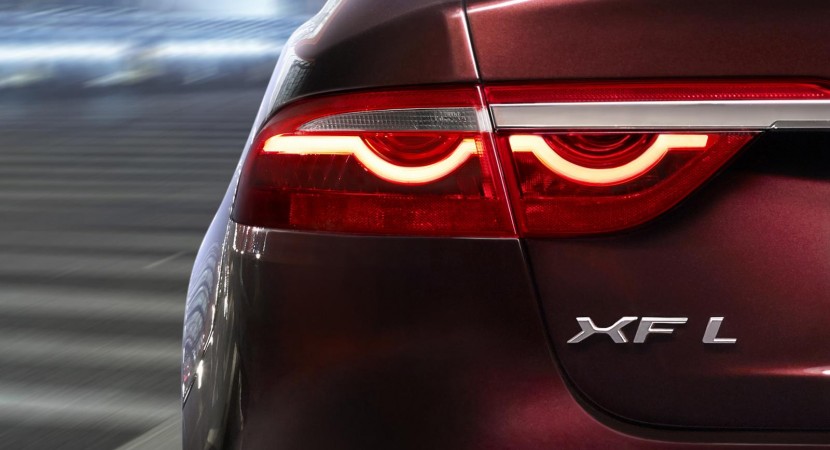 As expected before the opening of an important auto show of the year, each carmaker is already trying to advertise their latest models by presenting them in different teaser images or videos.

The latest teaser image comes from Jaguar, which announces the official unveiling of its China-based XF L at the 2016 Beijing Auto Show, opening its gates on 25th of April.

The Jaguar XF L will be produced in Changshu, at the JLR`s factory, the same factory where the Range Rover Evoque or Discovery Sport are also built.

We are dealing here with a long-wheelbase Jaguar XF L, the stretched version of the XF model, coming with an elongated platform which would increase the interior`s room for rear passengers. This means that it would also rival the 5-Series, E-Class or Audi A6 in China, all of them also coming with a stretched wheelbase.

We are not sure what kind of power the China-based Jaguar XF K will fit under the hood, but according to some sources, the model would use the brand new 2.0-liter turbocharged Ingenium engine, which will be built at the same JLR factory, in Changshu.

The Jaguar XF L will make its way onto the assembly line, all these efforts being possible thanks to the joint venture between JLR and Chery Automobile, the latter one investing around $1.7 billion in a body shop within the factory. This is where the XF, XE or F-Pace are also built.

The full details with the Chinese Jaguar XF L will be found at the 2016 Beijing Auto Show.