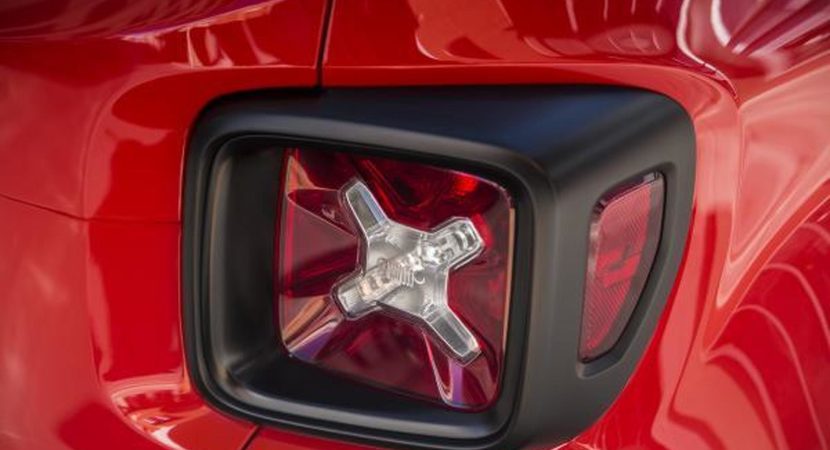 While there is no word of the 2019 Jeep Renegade in the United States, in Europe the model is ready to be announced with bells and whistles this Wednesday at the 2018 Turin Motor Show. Prior to that, the carmaker has also released a teaser image which highlights its red “X” for the taillights.

The changes for the so called facelifted 2019 Renegade are quite modest, the model receiving such a couple of new visual enhancements which separate it from the last year`s variant. Even so, it is going to be quite seductive in its unique way.

So far, we haven’t managed to get all the info we wanted about the new looks of the 2019 Jeep Renegade in Europe, and we base our story on the couple of rumors we have from different sources. Including the teaser image revealed by Jeep.

From what we know, the SUV will still keep the company`s regular seven-slot grille motif in the center, however, it will also come with similar design for the taillight, also seen on the already famous SUV Dacia Duster, which comes with a “+” theme which resembles that of the Renegade`s “X”.

Already seen as a mid-entry level version – as Jeep is already planning to introduce a smaller SUV to the lineup by 2022 – the Renegade facelift will also feature a wide range of petrol engines with both three- and four-cylinder configurations. We expect the small 1.0-liter engine with 120 horsepower as well as the much larger 1.3-liter pot with two power outputs, 150 horsepower and 180 horsepower, respectively.

As for the diesel variants, it is unsure at the moment if Fiat Chrysler Automobiles will still equip the new 2019 Jeep Renegade with the current mills. We are dealing here with a 1.6-liter MultiJet engine with 120 horsepower or with the larger 2.0-litr MultiJet pot with 140 horsepower.

Full media gallery and details will be released this Wednesday at the 2018 Turin Motor Show taking place in Italy. Meanwhile, take a closer look at the teaser image and tell us if you can find any resemblance with the Dacia Duster`s taillights!