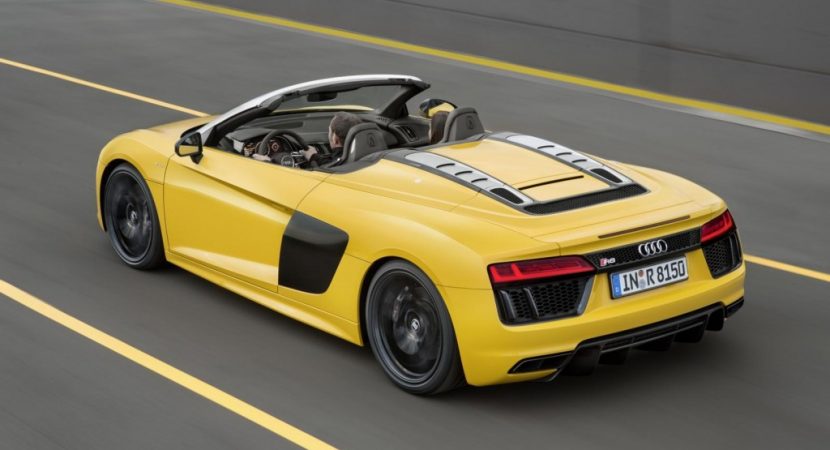 The Audi R8 V10 is the latest edition on the market in terms of sheer performance, and its drop-top sibling is proudly following its footstep, with an extremely aerodynamic body style and “nice” torque under the hood.

According to the carmaker, the Audi R8 V10 Spyder is delivering “particularly dynamic and precise handling”, thanks to its stiffness and rigidity, all thanks to its total weight of 3,554 lbs.

In case you want it right away, you should know that the carmaker is offering you the chance of browsing the online configurator and choose between plethora of features, all at your disposal. The cheapest version can be had from €179,000.

As expected, the Spyder`s main attribute is power, and just like its coupe sibling, it comes with a massive 5.2-liter naturally aspirated V10 engine, with impressive 540 horsepower and 540 Nm of torque. The German engineers claim that it is capable of sprinting from 0 to 100 km/h in just 3.6 seconds, at a topping of 318 km.h

The performance is also given by the car`s seven-speed dual-clutch S tronic automatic transmission, sending the power to all wheels via a Quattro system.

After its official launch in Europe in a couple of months, the Audi R8 V10 Spyder is also expected to hit the North American markets soon enough, with prices to be known later on.