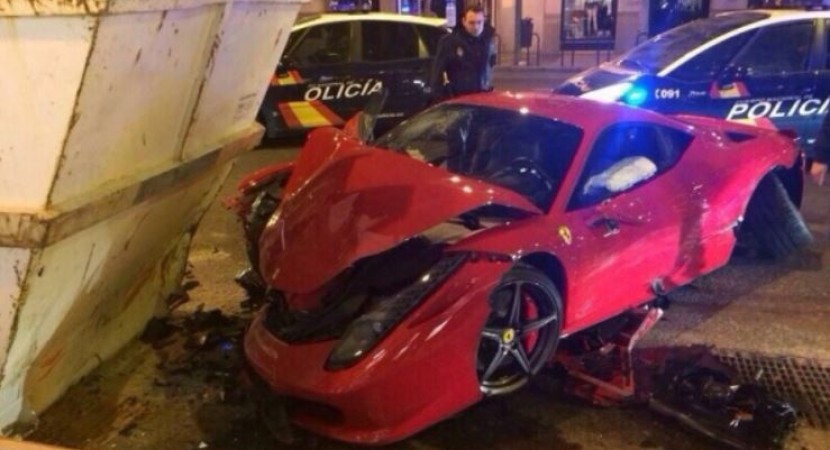 It seems that it is very fashionable today to see all kind of exotic supercars getting crashed from different causes, with the driver not having enough experiences, or with the supercar spinning around due to bad weather or engine catching fires.

It was also the case with the driver of a Ferrari 458 Italia which seemed to have crashed after trying an overtaking maneuver in Madrid. 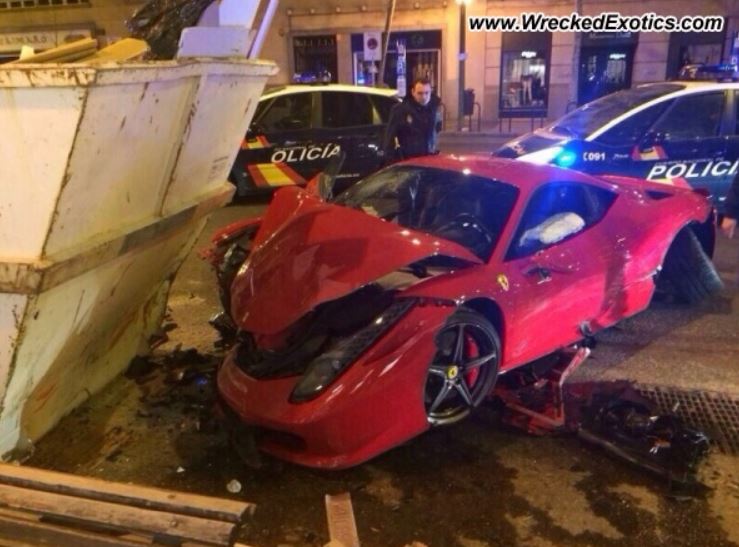 The Ferrari 458 Italia was coming from Madrid, Spain, when suddenly the driver tried to overtake another car, but managed to crash. According to Wrecked Exotics, the driver left the scene, being perhaps under the influence. 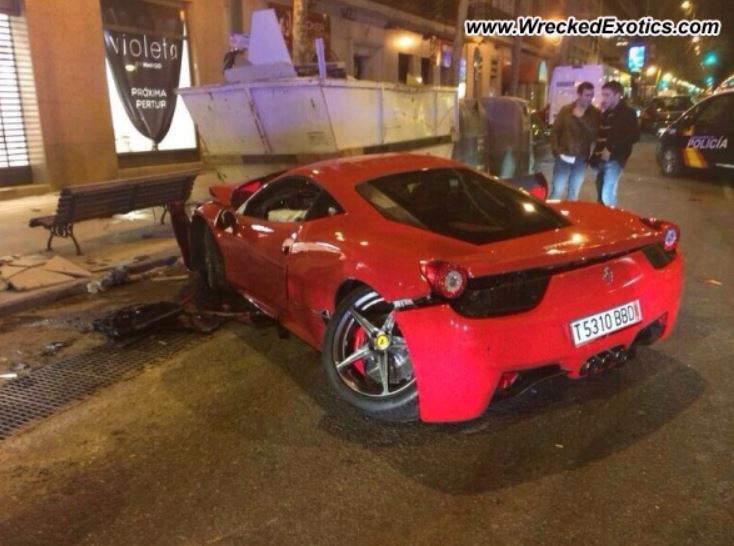 This is not the first Ferrari being caught in the act, as other Ferrari models were the subject of car crashes in the last couple of months. 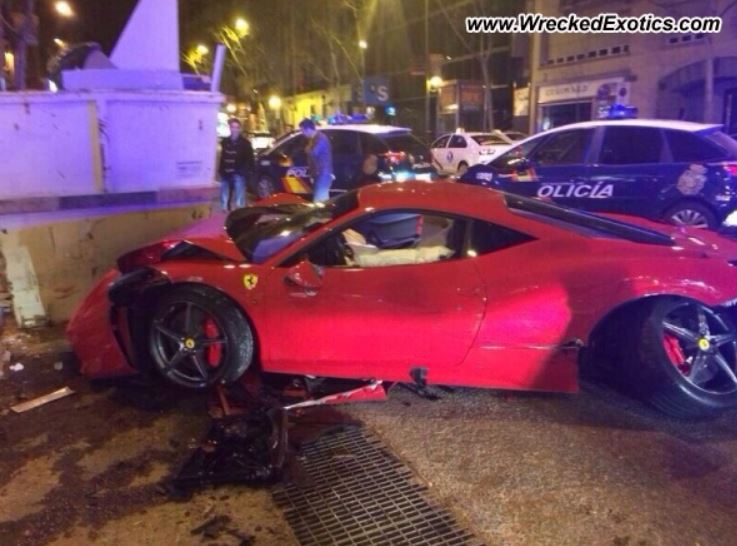 The supercar Ferrari 458 Italia was first introduced in 2009 as the follower of the F430, with the supercar coming in a two styles, a two-door coupe Italia and a two-door convertible Spider.