Ferrari FF on fire in Poland 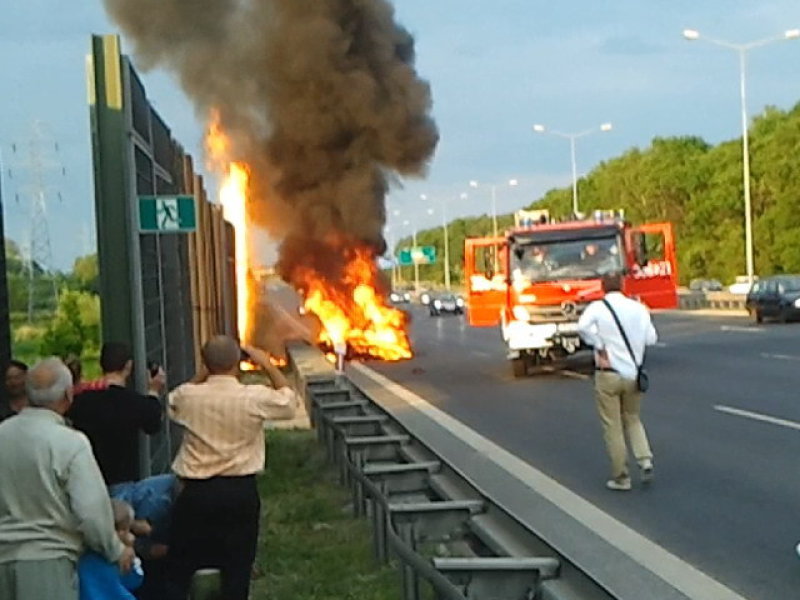 Ferrari kind of sold their soul to the devil with the FF. There was practicality, four wheel drive, a decision to listen to customers first and follow performance second.

As a result, the new Maranello built Prancing Horse seems to generate all sorts of complaints and reasons for discontent from reviewers and just about all brand enthusiasts.

Some have even gone as far as to say the Ferrari FF simply isn’t a supercar. all those people now have to face this bit of news.

One such example has recently caught fire. The “event” happened in Poland and has pretty much given the FF a seal of approval.

It’s not like regular cars have a habit of spontaneous combustion do they? No, that’s still the realm of the wild, flamboyant supercar.

Maybe it’s just built for Winter Driving Experiences and not highway cruising or getting away with the family. Reportedly, this is the third incident so don’t imagine it’s just a fluke.

Since the fire started at highway speeds, the engine and interior were completely engulfed by the time the firefighters got round to it.

Further more, the accident damage was fairly severe on the structure of the car as the Ferrari FF’s A pillars were burned through.

Remarkably, the wheels on this car were unaffected and even more surprisingly, the tires are still in one piece after the the whole incident.

We couldn’t comment on the way the owner must feel not having a car for a long time but the insurance company will likely not be pleased with having to dish out some 435.000 USD.

Another sad party may be the Italian company who’s FF model is getting a reputation as the Flaming Ferrari.