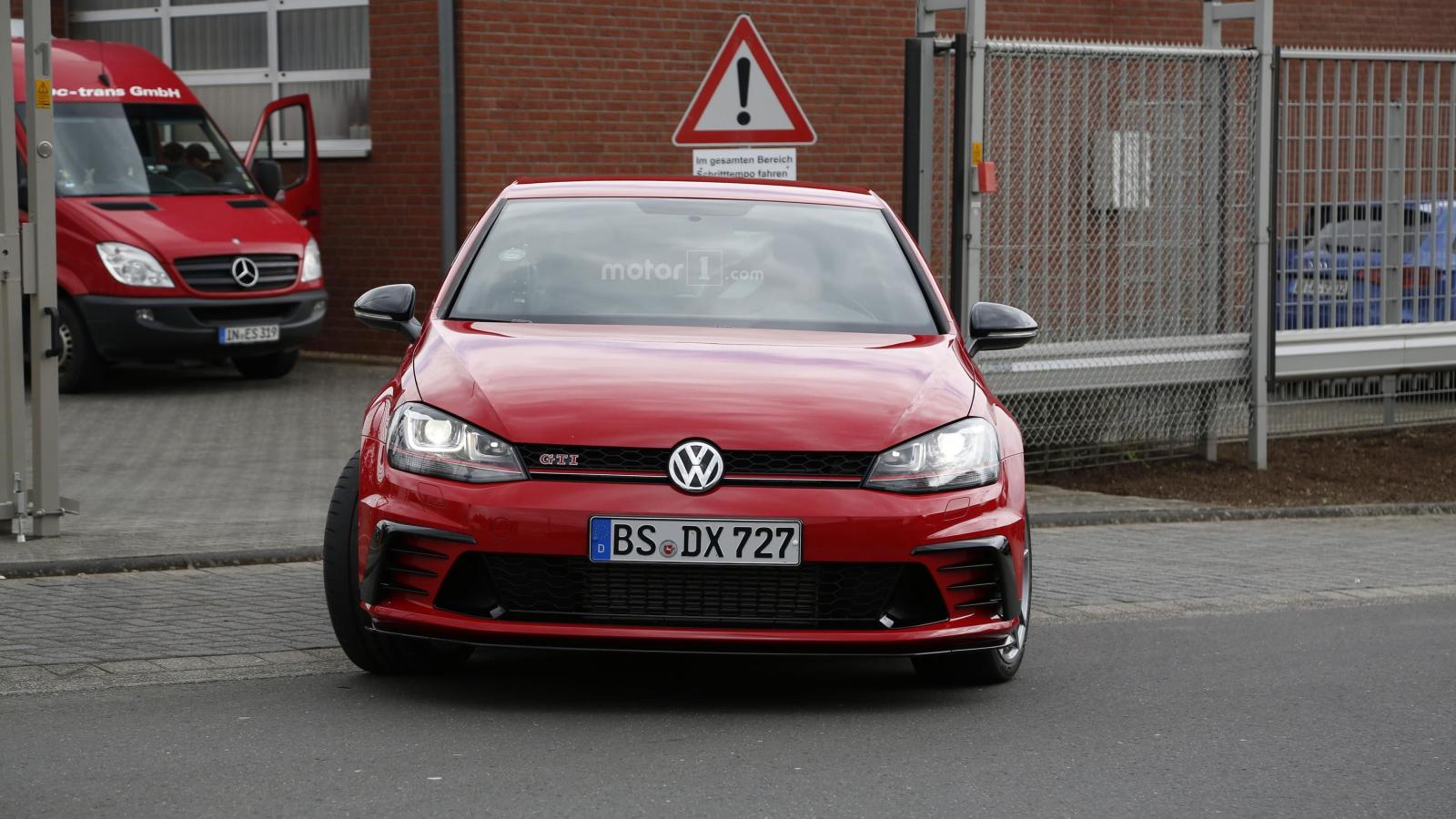 Volkswagen is currently testing out a hardcore version of the all-new Golf GTI Clubsport, the model being caught on shots with no disguise on the body style.

We are dealing here with two prototypes GTI Clubpsort S being spotted while undergoing some tests on the famous German Nurburgring race track, the test mules coming with an increased power under the hood.

What gives away an S version, is the black sticker applied above the side skirts near the “Clubsport” lettering. In terms of visuals, we are not sure if the carmaker will add some design cues which would separate it from the standard GTI Clubsport.

The Volkswagen Golf GTI S is adding 10 horsepower to its 2.0-liter flat-four engine, reaching an overall of 290 horsepower.

This would be the same permanent power output also seen on the Seat Leon CUPRA 290 model. The S version will come with 258 lb-ft of torque, which is the same torque seen on the current GTI Clubsport.

However, the rumor mill has it that the Volkswagen Golf GTI Clubsport S might come with a custom exhaust system which would give the hardcore version a more powerful engine sound. This would be the same treatment the Seat Leon CUPRA 290 also received at the rear end.

On the other hand, the Volkswagen Golf front-wheel GTI Clubsport is packing 265 horsepower all squeezed from the same 2.0-liter flat-four engine, the model coming with an overboost function which would raise its power to 290 horsepower, so it was pretty obvious that the German carmaker would release a hotter S version that would supplement the need of a power boost without using any additional power functions.