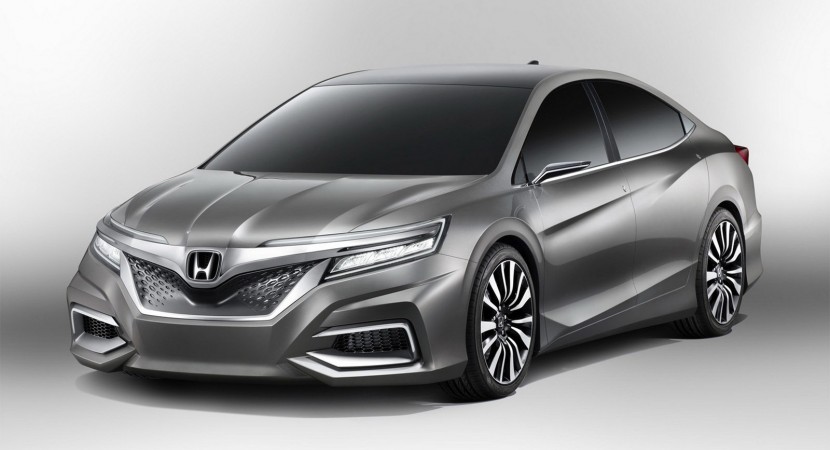 Now here’s a surprise. Without word or warning, the Japanese at Honda have come to meet the other important Asian people of the automotive industry with a new car.

The Honda Concept C is not a real car, but it’s here to show us just what one of the future sedans in the company’s lineup will look like. It’s slated as a mid sized sedan so the Honda Concept C might actually be a sign that the Civic Sedan is either being expanded either getting a bigger brother.

Even that broad estimate is very forgiving, there’s still a good chance the Concept C will have nothing to do with the aforementioned models.

It will first hit the Chinese market as a production car so it could actually be a dedicated model that, depending on its success will very likely be available worldwide. Until that happens, Honda were at the 2012 Beijing Motor Show telling us all about how the Concept C stands for Cool, Challenge and China.

I’m not so sure about the cool part but the other two are certainly there. Especially the challenge part, this new design is nothing other than that.

Being interested in a few bold and new ideas, I really fancy the look of the Honda Concept C but I’m not yet sure that the market is ready to accept it. Perhaps once a few of those lines and creases have been toned down everybody will be ready to give the specs and quality a second look.

Or maybe Honda just needs to get on to making the Concept C instead of constantly caring about committees and public opinions.