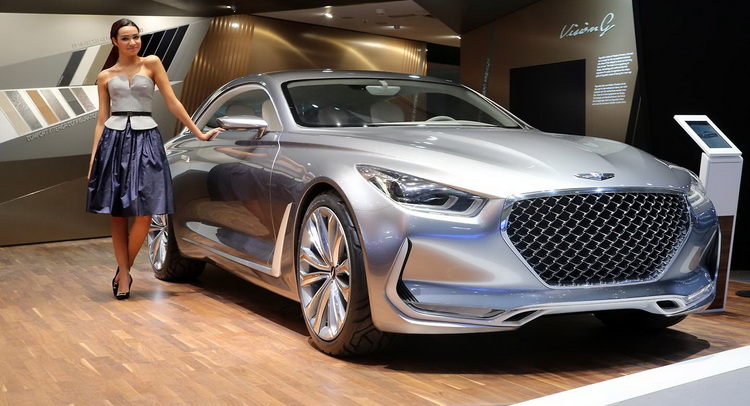 The newly unveiled Hyundai Genesis G90/EQ900 has been seen and previewed in the first photos and reviews, the model setting the benchmark for future lineup models.

According to the South Korean manufacturer, this would only be the beginning in the endless battle in the luxury sedan market, Hyundai planning to introduce other high-end models to the Genesis lineup, that would compete against the famous trio from the segment, BMW, Mercedes-Benz and Audi.

Hyundai is thus considering the introduction of future models to the Genesis lineup, like two SUVs, long-wheelbase sedan, super-luxury sedan, a small crossover, as well as a sporty coupe.

There are little details concerning the wide range of models that would fill-up the Genesis lineup, but the carmaker has offered us some hints of the importance of these models on the market and their impact on the entire luxury segment.

For instance, the sporty coupe would be based on the Vision G Coupe, unveiled at the 2015 Pebble Beach event, while the two SUVs will bring along the latest technological enhancements and high-performance displacements under the hood, that would take on BMW`s X5 and X6 flagships.

More than that, Hyundai is throwing into the battle all of its hidden weapons, especially the newly created Prestige Design Division, which will deal with customized future models, competing as well with Alpina from BMW or AMG from Mercedes-Benz.