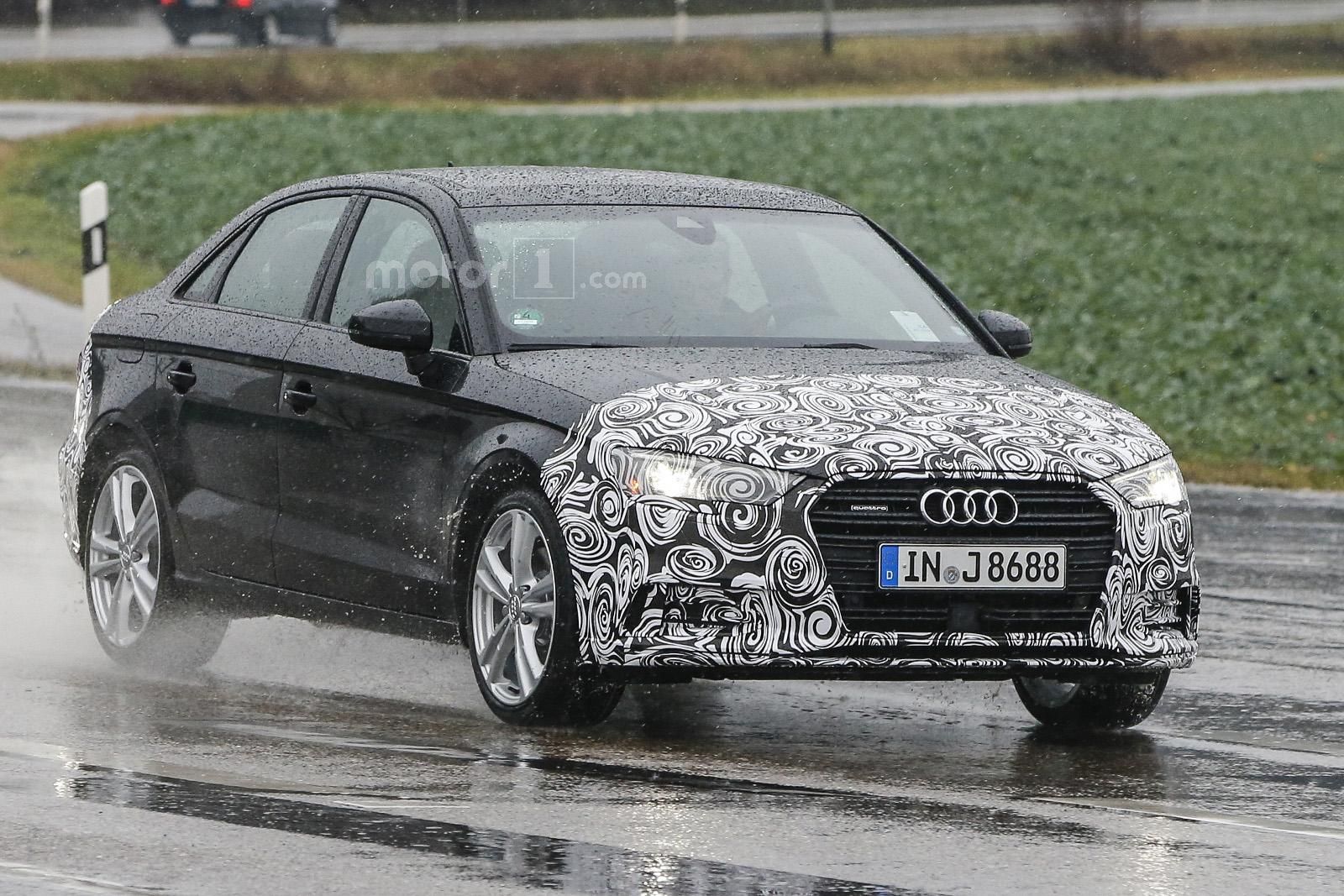 Audi is currently testing the new Audi A3, which is actually a facelift version of the 2013 model. The car was recently caught on shots while being tested with camo at the front and rear end.

The test mule is said to come with slight changes at the front and rear, the model taking over some styling elements from the A4, especially at the front fascia.

As we can depict from the spy shots, the Audi A3 facelift would tweak a new front bumper with a wider grille and updated headlights, which kinda resemble those found on the A4.

Later on, the car`s rear end would also receive a new bumper or custom exhaust system. The mods don’t stop here, the cabin too coming with some minor changes.

We should thus see updated digital instrument cluster and infotainment system, along with a new upholstery.

Under the hood, the Audi A3 facelift would carry over the same engine lineup from the current version, along with a new 1.8-liter engine, with 190 horsepower. More details will be known at the 2016 Paris Motor Show, where the facelift is expected for a world debut.

2017 Ford Fusion Will Be Officially Unveiled at 2016 NAIAS, Detroit