Incoming Toyota Prius MPV gets teased through an image 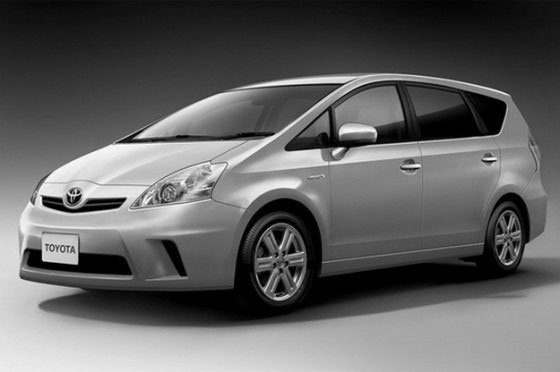 Few time ago we talked about the possibility of a MPV based on Toyota Prius. Things are getting serious and the Japanese manufacturer decided to reveal a teaser photo where the lines of the multi-purpose vehicle vehicle can be seen clearly.

However, the name of the MPV model based on Prius is not very clear at all as the model can be named Verso instead Prius. Under the bonnet the incoming Japanese MPV hides a petrol 1.8-liter engine together with the electric engine that will form the hybrid propulsion system of the model.

According to a statement made by Don Esmond and confirmed on Twitter by Toyota, the new Japanese MPV based on Prius is scheduled to debut somewhere early next year, in January, at the Detroit Auto Show. Toyota seemed to realise the importance of the social networks as the statement was made on Twitter and the teaser photo was released on Facebook.