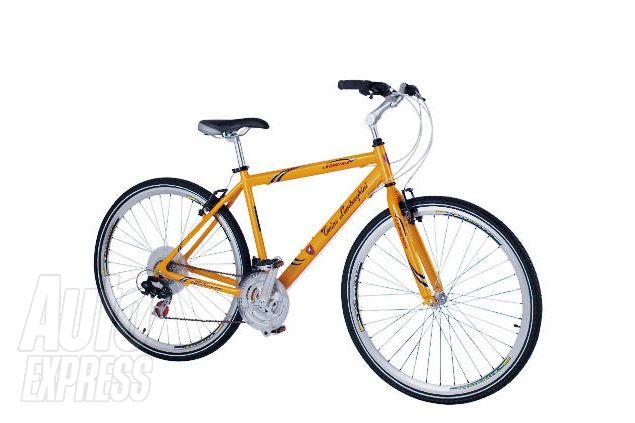 There are two reasons to be interested in buying the new Lamborghini bicycle.

1. Not many people can afford a price tag of $100,000 for a supercar. However, most of them would love to own a Lamborghini. You can get one at less than $300, but it will have two wheels. Unfortunately, it is not a motorcycle, but even a bicycle can prove to be useful once in a while.

2. If you do want to get yourself a bicycle, why not go for the best one? It had 21 speeds and you can find it in most supermarkets, instead of car show rooms.

The producer has even added a great yellow paint, to keep in touch with the more expensive, four-wheeled version.