This Is the All-New Ferrari J50 Limited Edition Supercar 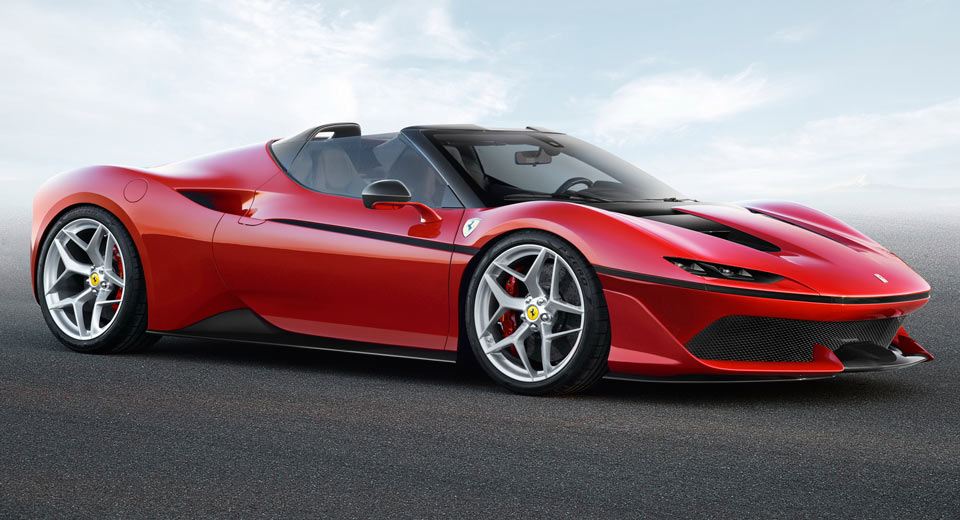 Ferrari has officially launched the all-new J50 Limited Edition supercar as a celebration of 50 years of existence in Japan, during a special event held at the National Art Center in Tokyo, with the model to be released in just 10 units.

We are looking here at a model inspired by the 488 Spider and coming with a mixture between old-fashion styling and new design lines, reminding us of those supercars that used to rule the streets back in the 1970s and the 1980s.
The Ferrari J50 Limited Edition was built by the joint venture Special Projects and Ferrari Styling Center in Maranello.

As the carmaker likes to call it, the model “marks a return to the targa body style evocative of several well-loved Ferrari road cars of the 1970s and 1980s”. It thus uses a folding metal roof and carbon fiber targa panels which are hidden behind the rear seats, while adding a “helmet visor” effect enhanced by the sleek windscreen wrap around the cabin.

Inside, the cabin also comes with an impressive feel, highlighted by the two-tone red and black leather and Alcantara.

Under the hood, the Ferrari J50 Limited Edition packs a 3.9-liter V8 twin-turbo engine, which is the same one used on the 488 Spider, developing 20 horsepower more, meaning a total of 680 horsepower. Even if the performance figures haven’t been released, rumors have it that the Limited Edition might be much faster than the Spider, which manages a 100 km/h sprint in just 3.0 seconds, at a top speed of 325 km/h.