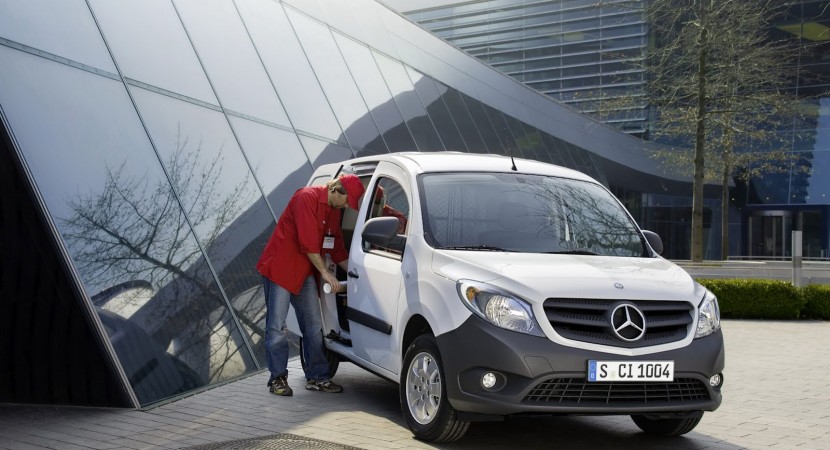 The Germans from Mercedes are preparing to debut a new range of commercial vehicles developed in partnership with Renault.

The new Mercedes Citan is a van based on the Renault Kangoo and will be produced at factory of the French car maker in Maubeuge. 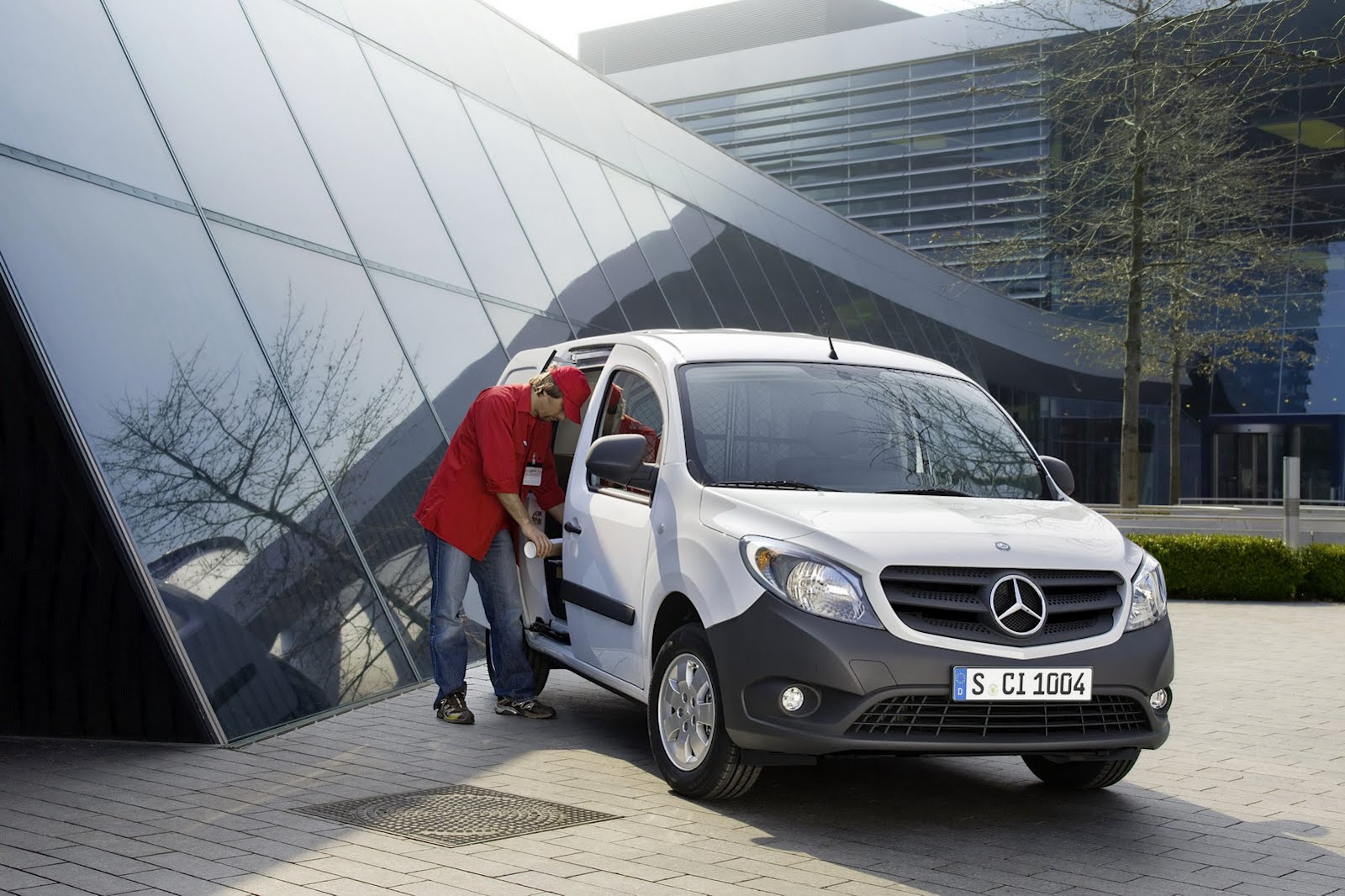 The engine range of the new Citan includes diesel units with 74hp and 109hp while a more powerful petrol engine with 113hp is available too. 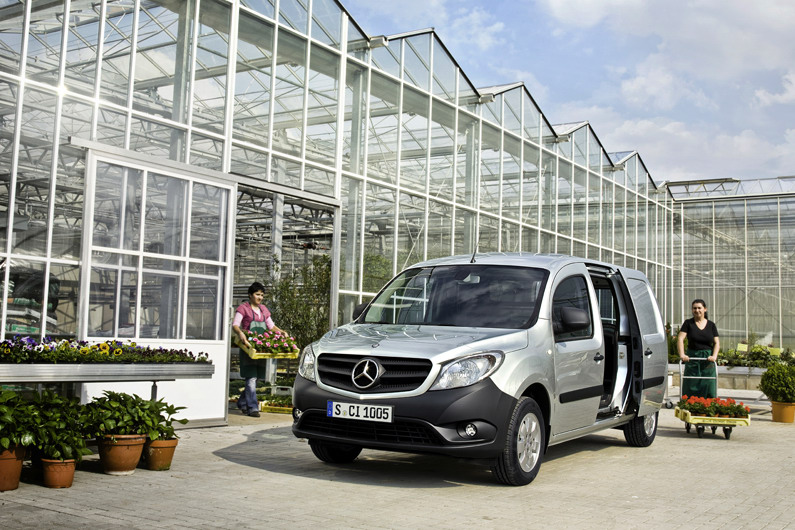 Mercedes wants to keep the fuel consumption low by fitting the petrol unit with the BlueEFFICIENCY package which adds low rolling resistance tires and a start/stop system.

The new Mercedes Citan will be offered in a total of three versions starting with the first variant measuring 3,94 meters long, a longer one at 4,32 meters and also the bigger model with a length of 4,71 meters. 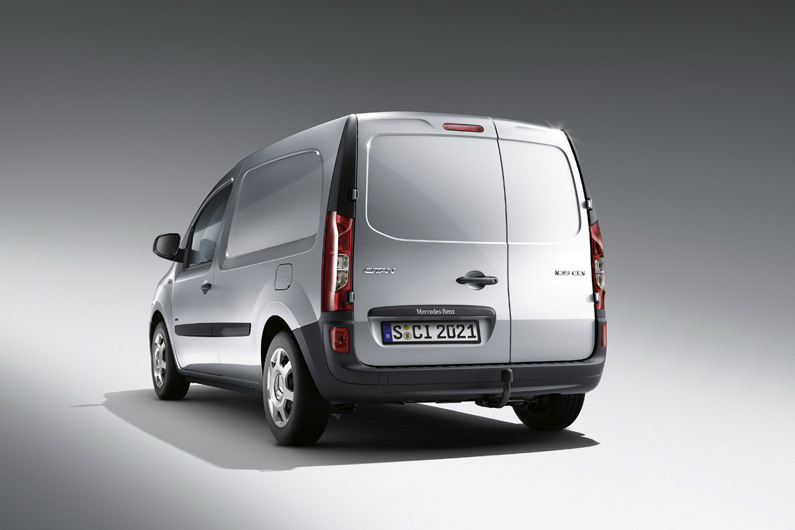 “With its impressive quality and driving dynamics, exemplary safety and economy and a high level of versatility and robustness, the new Mercedes-Benz Citan is a truly professional urban van,” says Mercedes. 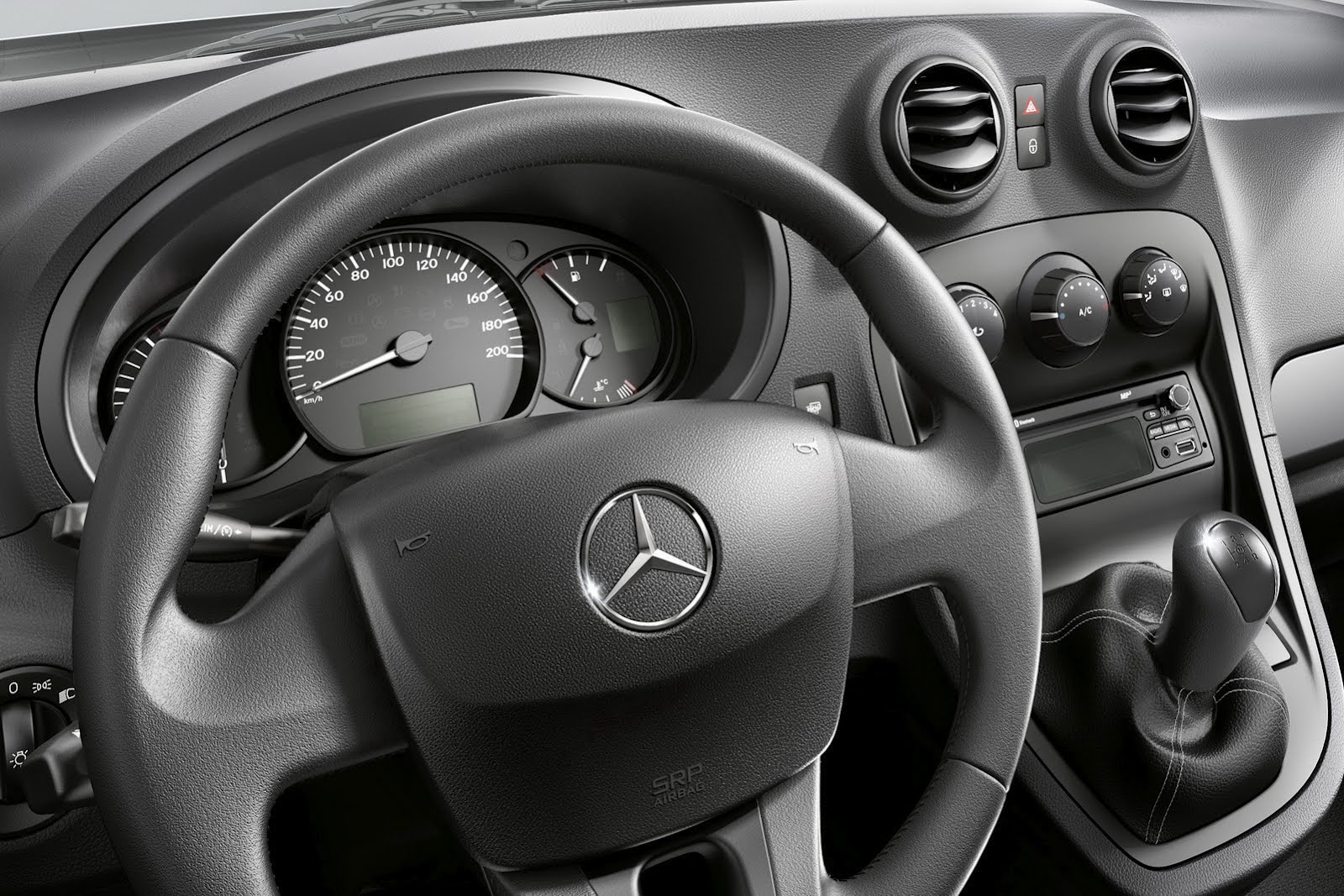 The official debut of the new German model is scheduled for the IAA Commercial Vehicle Show which starts in September in Hanover. European dealerships will get the model by the end of 2012.