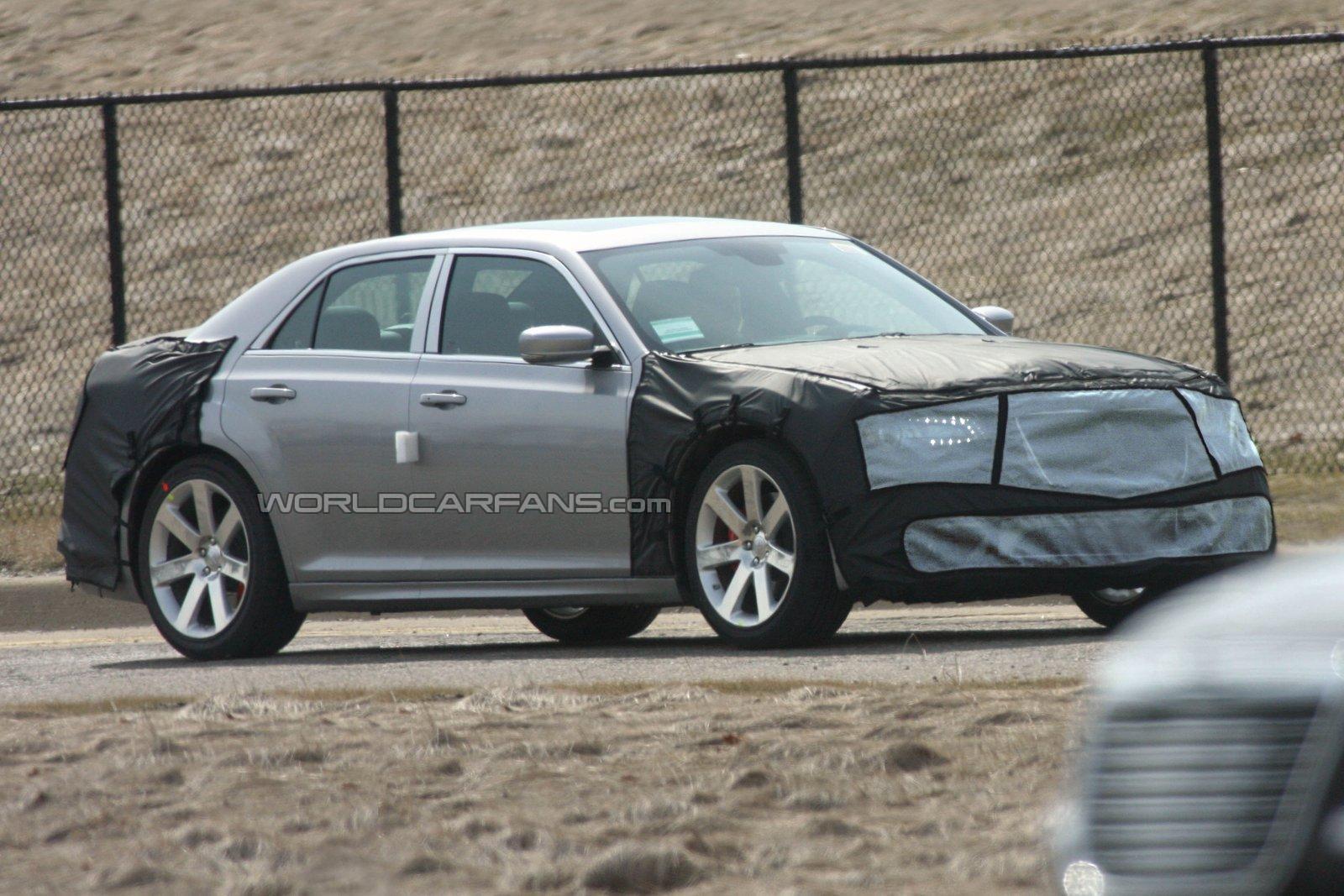 The new Chrysler 300C SRT8 is expected to debut somewhere later this year, few spy shots with the Detroit-based model being available at the moment. The American model gets some serious camouflage on the front and rear part, thus, in terms of aesthetics we can note just the seven-spoke alloy wheels and the shape of the entire model.

According to the first details, under the bonnet is most likely to see the a 6.4-liter V8 unit able to deliver 465 horsepower and 630 Nm of torque. Yes, we talk about the same HEMI engine that fits Dodge Charger SRT8, a model that recently debuted, the engine being available together with a five-speed automatic gearbox.

The prototype in the photos get a high performance Brambo braking system while other few parts from Charger SRT8 are likely to be common.

These spy shots were taken somewhere in Michigan, new details about the new 300C SRT8 are most likely on their way as the debut date is not that far away.