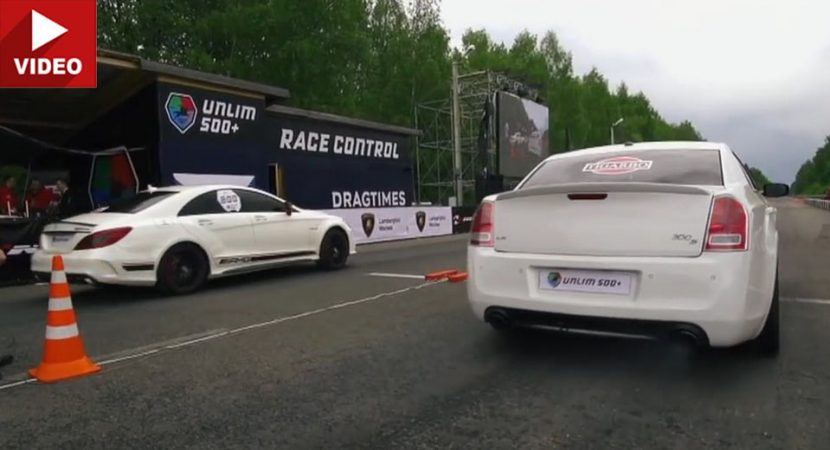 There has been a while since we last saw a Mercedes-AMG using all its sheer power against a muscle car like this exquisite and extremely powerful Chrysler 300C.

Now, we have got the chance of seeing not one, but two AMGs taking on the 300C in a drag race. We are not going to spoil the fun and let you watch the video below, but we should first get acquaintance with the three models involved in the drag race.

The two Mercedes-AMGs seen here were a little bit “modified” by Ramon Performance tuner, and involve a CLS 63 AMG with 750 horsepower, as well as t Morendi-Weistec C63 AMG (W204 version) with a similar 770 horsepower.

On the other hand, the Chrysler 300C comes fully packed with a massive turbocharged engine, developing a whopping 900 horsepower, which “should” be enough to take down both Mercs.

Now, we also have to take into considerations the cars` sizes and aerodynamics before jumping into conclusions. It is not enough to pack massive power to be able to cross the finishing line after a ¼ mile run.

But we have the video below that could enlighten us all. Just place your bets and then click the play button to watch the powerful cars in action. Which one won the race, or better, which one should have deserved to win and why?