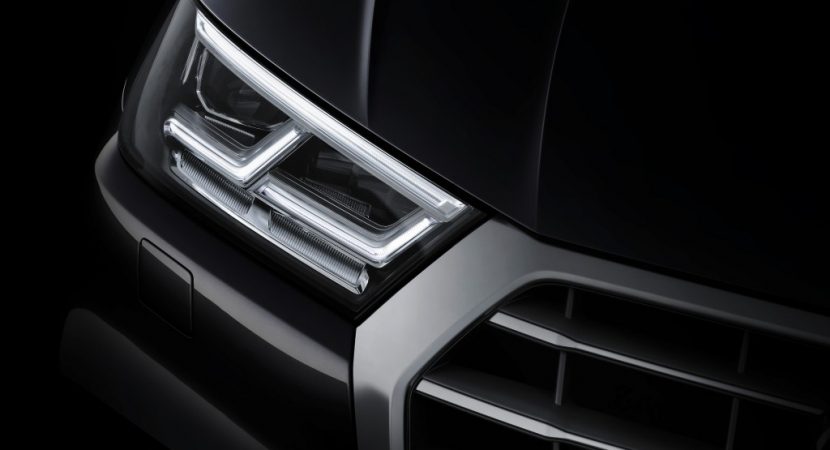 There is no doubt that the upcoming 2017 Audi Q5 will feature the latest technology in terms of design and interior, not to mention the impressive and high-performance powertrains, and the real examples are the recent teaser videos which showcase the car`s gorgeous exterior.

It is obvious a marketing campaign starting ahead the 2016 Paris Motor Show, which opens its gates in a couple of days, and the latest teaser video with the 2017 Audi Q5 is previewing the car`s matrix LED headlights and the latest technology signed by Audi.

The model is indeed high-end, coming with an evolutionary design, highlighted by the dynamic turn signals, matrix LED headlights with auto-dimming function which activate when detecting extremely bright surfaces.

Another important aspect of the luxurious crossover is that will come with the company`s new MLB Evo platform, almost completely built from aluminum and carbon fiber components, which means that the model will be around 100 kg more lightweight than the current one.

In the engine department, the all-new Audi Q5 will borrow the same engine lineup from the A4 series, including the top of the line turbocharged petrol and turbo-diesel four-cylinder mills, along with the new twin-turbo V6. More than that, the carmaker is also preparing the Audi RS Q5 hardcore, along with a plug-in hybrid, which will fit a 2.0-liter four-cylinder and an electric motor.

The model will be in San Jose Chiapa, Mexico, with the first deliveries to start next year. Until full details and pricing, press the play button and enjoy the short teaser video with the all-new 2017 Audi Q5!