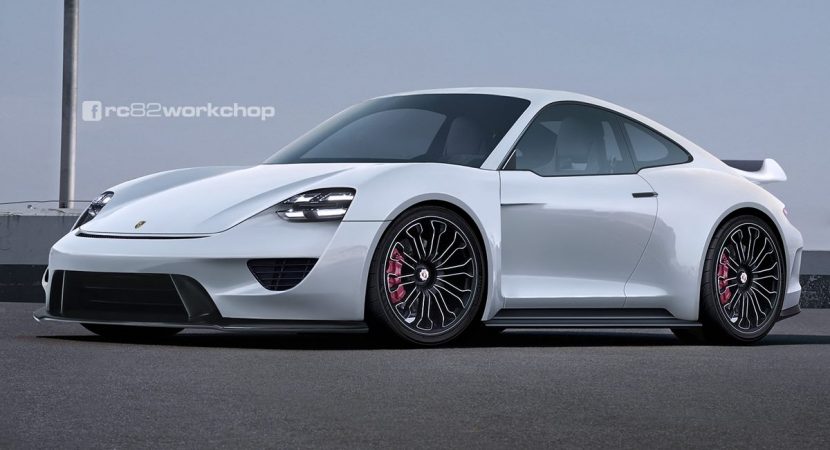 The Stuttgart-based Porsche carmaker has put every effort to make the iconic 911 what it is today, with some distinctive and significant changes to be brought to the car`s performance and aerodynamics.

To cope with the heavy competition from other top predators on the market, the 911 had to be put to serious modifications and swifts, turning from air cooling to water cooling and advancing from naturally-aspirated engines to turbochargers. All these have brought back the respect the Porsche 911, in all its forms, it deserves.

Besides the gorgeous 911, the carmaker is also preparing to make way for fully-revolutionized Mission E concept, a full-electric supercar with worthy performance. And since some have envisioned an electric Porsche 911 as well, others have already come up with the first rendering, the 911 seen here wearing a distinctive Mission E body styling.

The carmaker has not expressed its intention of releasing such a car, the 911 having big chances of losing its real identity. However, it is a good imagery exercise seeing it with a Mission E styling. The rendering is signed by RC82 Workshop and is showcasing the 911 with an extremely futuristic design, which would improve its driving dynamics and capabilities.

The rendering makes the 911 extremely appealing without losing its true identity, even if the ovoid headlights were changed with the Mission E`s rectangular LEDs, along with more defined front fenders and bumpers, and sculpted doors.

As for the powertrain, it might pack the same electric motors, also seen on the upcoming Porsche Mission E, or something closer to its full-electric powertrain.