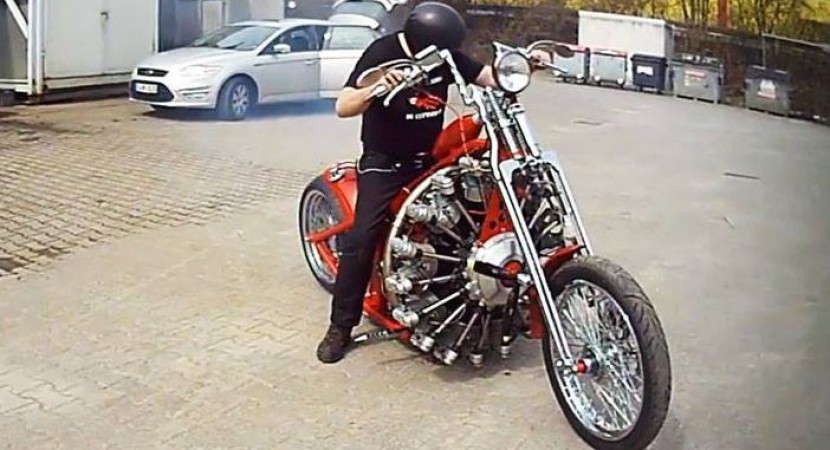 Building a custom chopper takes not only mechanical know-how, but also an artistic touch and vision.

So what went through the head of the guy that envisioned a bike fitted with an airplane engine? The answer is presented via a video at the end of the article. 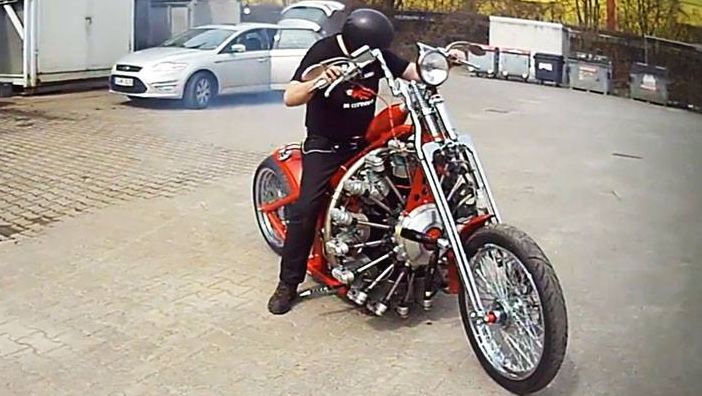 Called the Red Baron (fitting name), this bike sports a Rotec Radial R3600 nine cylinder engine capable of churning out 150 Hp. Working out the complicated mechanics involved with this engine and transferring its power to the back was an accomplishment in its own right. To this end, pretty much every piece that went on the bike had to be custom made, even the chassis.

The owner of the Red Baron, Frank Ohle, finished his bike in just 18 months, and that includes both the functional side of the project as well as the aesthetic one. He even added a small propeller in front of the engine, which when combined with the paintjob, really brings to mind its namesake, the legendary pilot and his red plane.