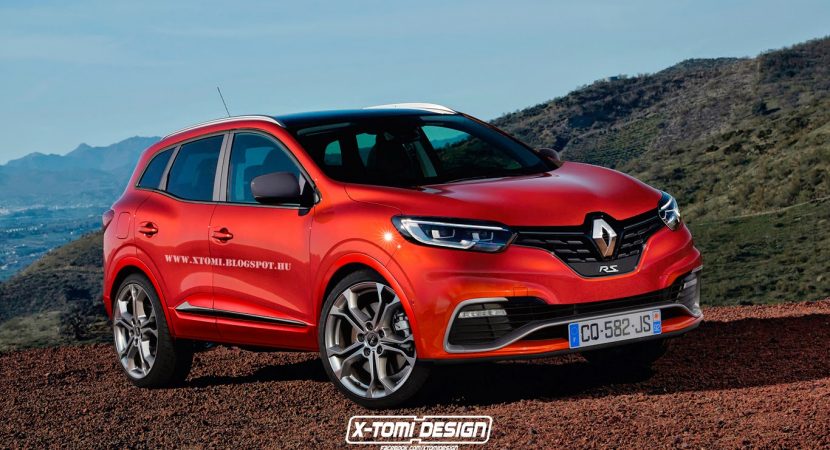 The Renault Captur and Kadjar are two subcompact crossovers coming with a lot of high-end features at the exterior and impressive driving capabilities, all these making them extremely competitive on the market.

In fact, they are so successful that the carmaker has decided to introduce RS versions of both models. Even if there weren’t any official indications, according to AutoExpress, which recently interviewed some of Renault`s most important representatives, the carmaker is planning such high-end models.

Based on these reports, rendering artists like X-Tomi Design from Hungary, have already envisioned their own Raptur and Kadjar RS versions, all part of the company`s new philosophy of a Renaultsport SUV. And given the fact that are based on the new SUVs, these renderings do make sense and should be taken into considerations.

Talking to Auto Express, Bruno Ancelin, Executive Vice President of Product Planning and Programs, has also express the carmaker`s planning of introducing more potent RS versions of both the Captur and Kadjar.

“A Renaultsport SUV? Why not? SUVs are highly relevant in this kind of range. We have made some prototypes and for SUVs we have no doubt that it works. Look to the competitors – many of them are doing that and it works. So it works for Captur and it works for the Nissan Juke.

Once arriving on the market, the new Renaultsport Captur and Kadjar RS would come with a more aggressvie styling package, wider alloy wheels, tuned-up mechanics and rather the same architecture, also underpining the Nissan Juke Nismo. In the engine department, the RS versions would be equipped with the same 1.6-liter turbocharged engine.