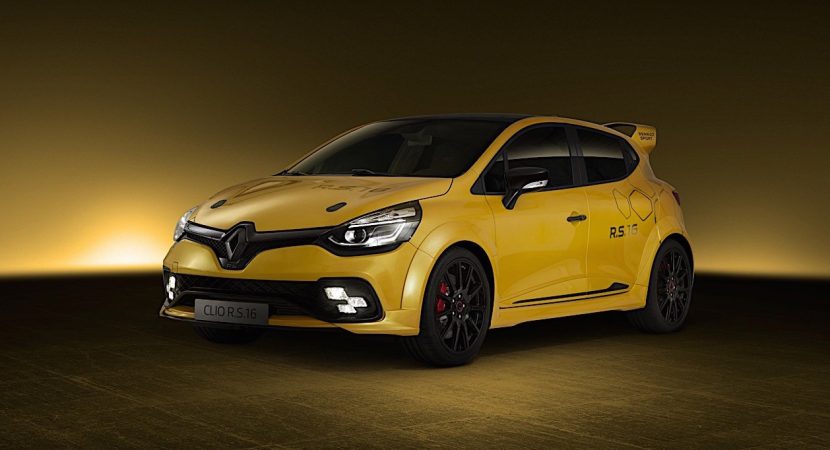 Clio models from Renault aren`t what they used to be almost a decade ago, with no stylish or personality whatsoever, low-quality materials inside and no-performance engines under the hood.

But things gradually changed and the French carmaker began to restyle the model and shape it in what it is today. The RS lineup has been also improved, and the real proof is the all-new Clio RS 16, set to debut at the 2016 Paris Motor Show, next month.

This would be a limited production, with just 500 units to be sold worldwide, each one costing around €40,000, which is not cheap at all.

French publication Caradisiac also confirmed the news according to which the carmaker would launch the exquisite Renault Clio RS 16 in a limited run.

More than that, reports and sources close to the company have also stated that the Clio RS16 might come out as a production model, and some say that it would be the successor of the Clio V6, still a powerful version from the lineup.

In fact, the company itself has hinted at the possibility that the model would spawn a successor of the V6, with Patrice Ratti, Renault Sport`s passenger car MD, also stating:

“We all recalled the impact made by Clio V6. We wanted to create a technical concept car with extraordinary performance levels but which was more realistically priced. We, therefore, had to keep our feet on the ground and use simple, ingenious solutions to achieve a vehicle that could be type-approved.”