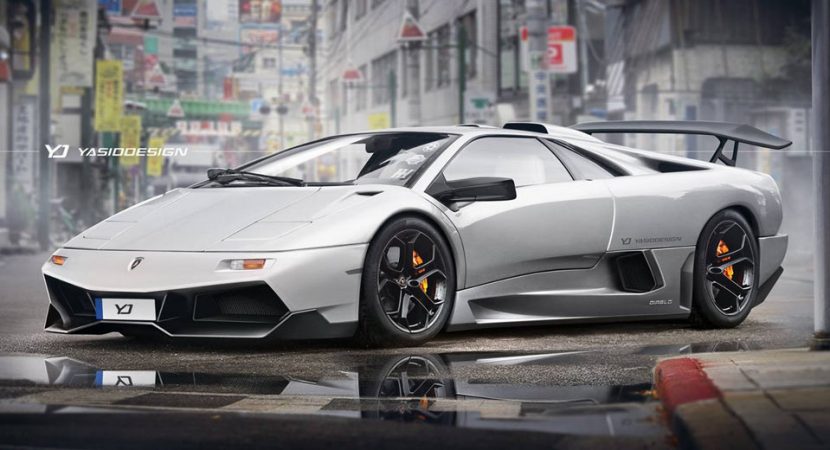 It is not every day we get to see the iconic and one of the most legendary supercars of the 90s, the almighty Lamborghini Diablo, rising from the ashes just like the Phoenix.

We used to seeing the super Diablo in a lot of races, action movies, videos, test drives and so on, all highlighting the car`s evolutionary body styling and sheer performance under the hood. And despite the fact that it was indeed seen as a real dangerous car to drive, it was still a symbol of those times.

Every rich kid on the block or celebrity in the United States and throughout the world as well, had to have a Lamborghini Diablo, as it was the symbol of richness and wealth.

The rendering below is signed by YasidDesign and is bringing the old-timed Diablo into the 21st century, in a more advanced auto industry, portraying it with the same body styling but adding modern elements that would bring it up-to-date.

“Lamborghini Diablo revised with a newer kit/facelift inspired from the Murcielago SV and some Aventador lines for the side, while keeping the initial design/lines of the Diablo. Newer Aventador wheels and Murcielago SV wing. Could not be happier about the outcome!”

Perhaps the supercar maker might bring back the Diablo with a new form and body styling, but until that happens, it will remain in the history as the most impressive and outstanding supercar of the 1990s.