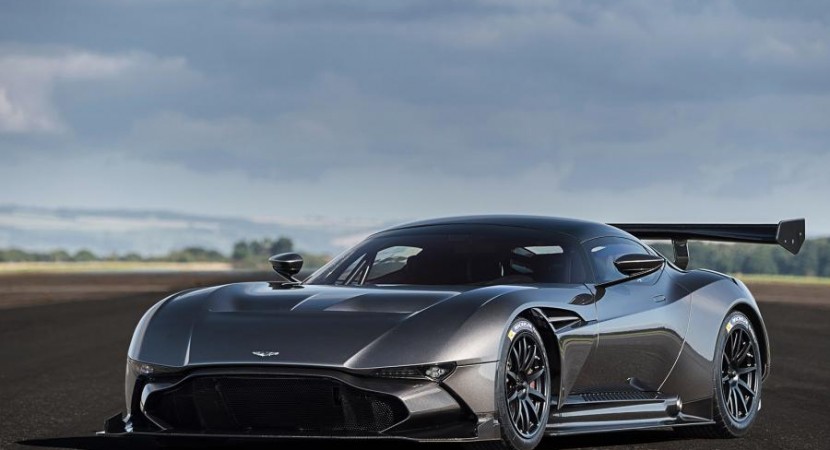 Aston has exclusively built the Martin Vulcan hypercar for track only, but recent reports followed by an official statement from the carmaker, mention that we have big chances of seeing it on the streets as well.

The Aston Martin Vulcan is an extremely powerful ride, coming with a massive 7.0-liter naturally aspirated V12 engine with “800 plus” horsepower, the engine being fitted with a magnesium torque tune which adds a carbon-fiber driveshaft. The engine was specifically designed for track-use, also coming with a new block, liners and pistons, as well as conrods, crank, all controlled by the car`s new Cosworth ECU system.

All these extremely efficient mechanical bits might disappear once the Aston Martin will built a road-legal Vulcan model.

Andy Palmer, CEO at Aston Martin has recently stated in an interview that the carmaker is ready to transform the supercar into a road-legal version, all the necessary conversions being carried out by their external partner from RML Company.

“When we went to market, there was hesitation from a few prospective owners because it didn’t have a road pack. We didn’t want to make it road legal from the start, because [special projects boss] David King and his team wouldn’t have been able to make such a stunning car in the first place, but RML said they had the ability to do it”.

“So it has taken a bit of time to work out what’s possible from an engineering perspective, but we expect four or five owners will take advantage of this. We have the sales of the last two cars currently under negotiation and it looks like the road conversion could be the closer on those deals,” Palmer also declared.

The conversation kit for a road-legal version is currently under development, the model coming in a limited edition, along with the right six-figure price, which is rumored to be much higher than the standard`s £1.8 million.

The Aston Martin Vulcan road-legal version will be built in around three months, with the model to be adjusted for the roads alone, meaning some significant modifications carried out at the car`s ride height, gear ratios, and so on. Also, the conversations must also meet the safety requirements, so it will take some time until seeing this beast on the roads.