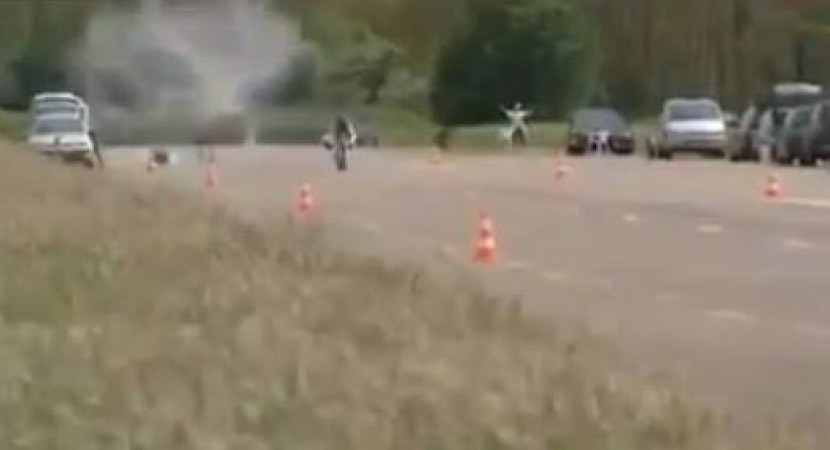 Speed has always been a barrier that man tried and succeeded to break time and again. And there are various machines that have helped in doing this.

This time, the contraption that set the bar higher is a bicycle ridden by a Frenchman. 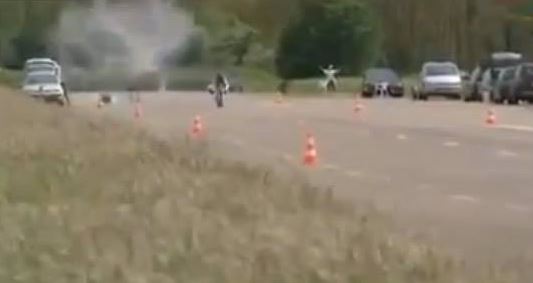 Of course this is no longer a vehicle powered by the user, but instead hydrogen peroxide fueled (H2O2) rockets propelled the bike into history. The last time someone attempted this back in 2002, they set a record of 242.6 km/h. Now François Gissy managed to beat that record and make a historic ride up to 263 km/h.

The record run took place at the former Munchhouse aerodrome in Haut-Rhin (eastern France). The insanity of this attempt can be comprehended by how the relatively flimsy bike passes a speeding car, as seen in the video below.