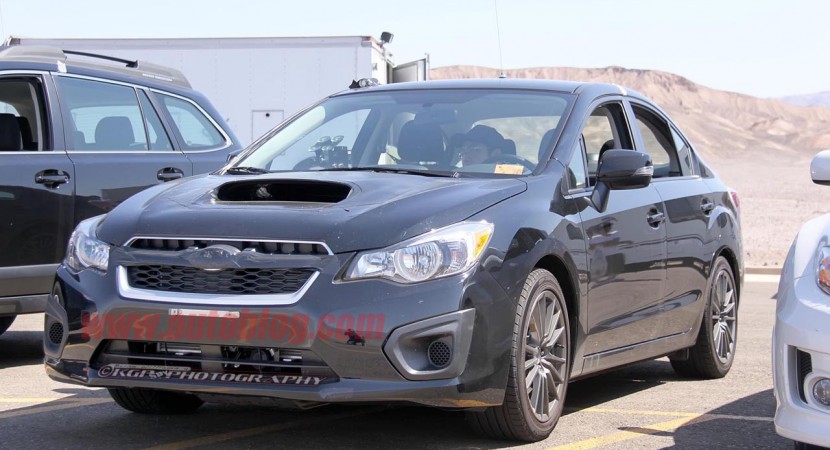 Subaru’s Impreza has always been a landmark car but throughout its life there have been plenty of criticism over the styling suite.

With the current one though, I feel they got it spot on. They’ve finally caught up to a sharp suited presence like the one used by the main rival from Mitsubishi. 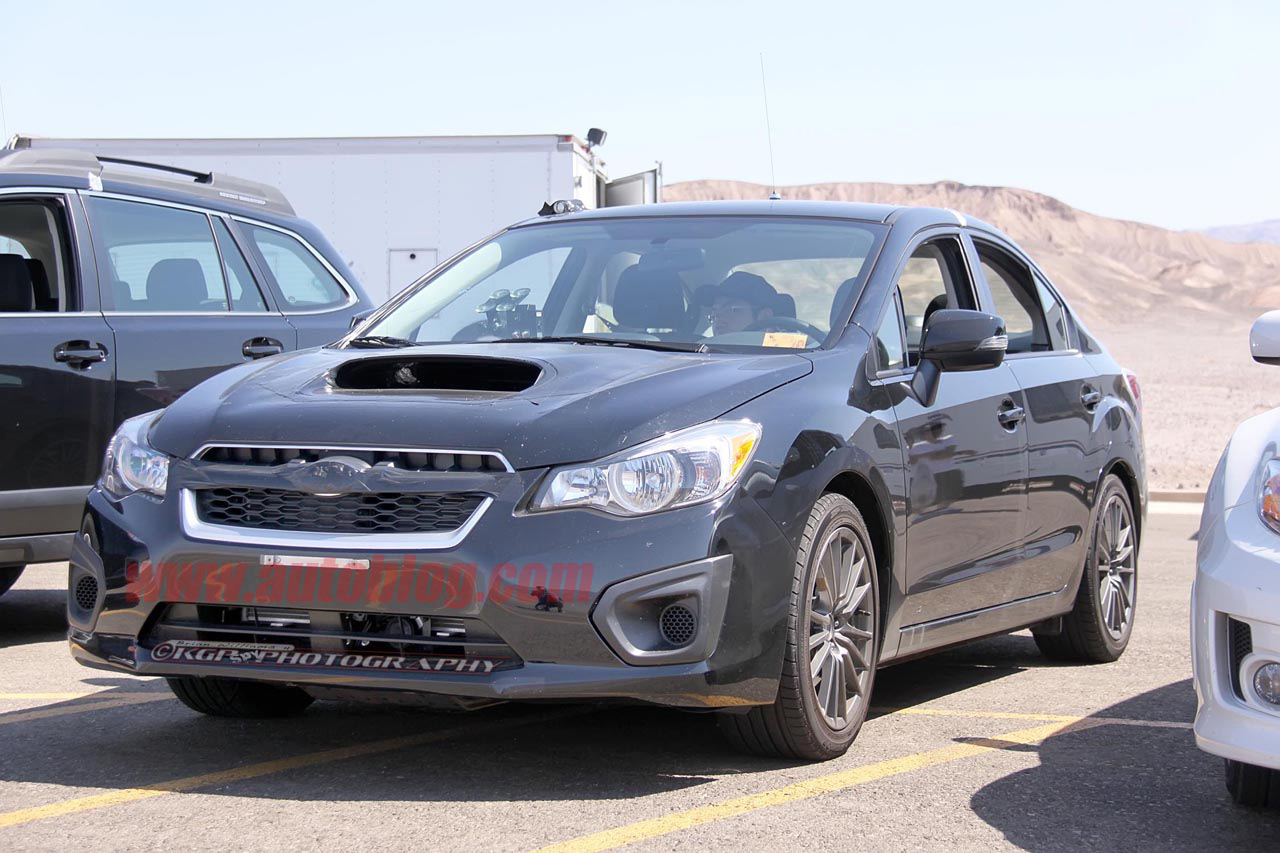 Rather more interestingly, the WRX version is well under development. To prove this, some spyshots of it testing in the US are now available.

Naturally, there are no exact specifications available, we’re yet to find out anything about what it can do or the amount of technology that’s going in.

There is however a pretty good guess on what’s to be found under the bonnet. Most estimates claim that the 2014 Subaru WRX’s engine has already hit the market. 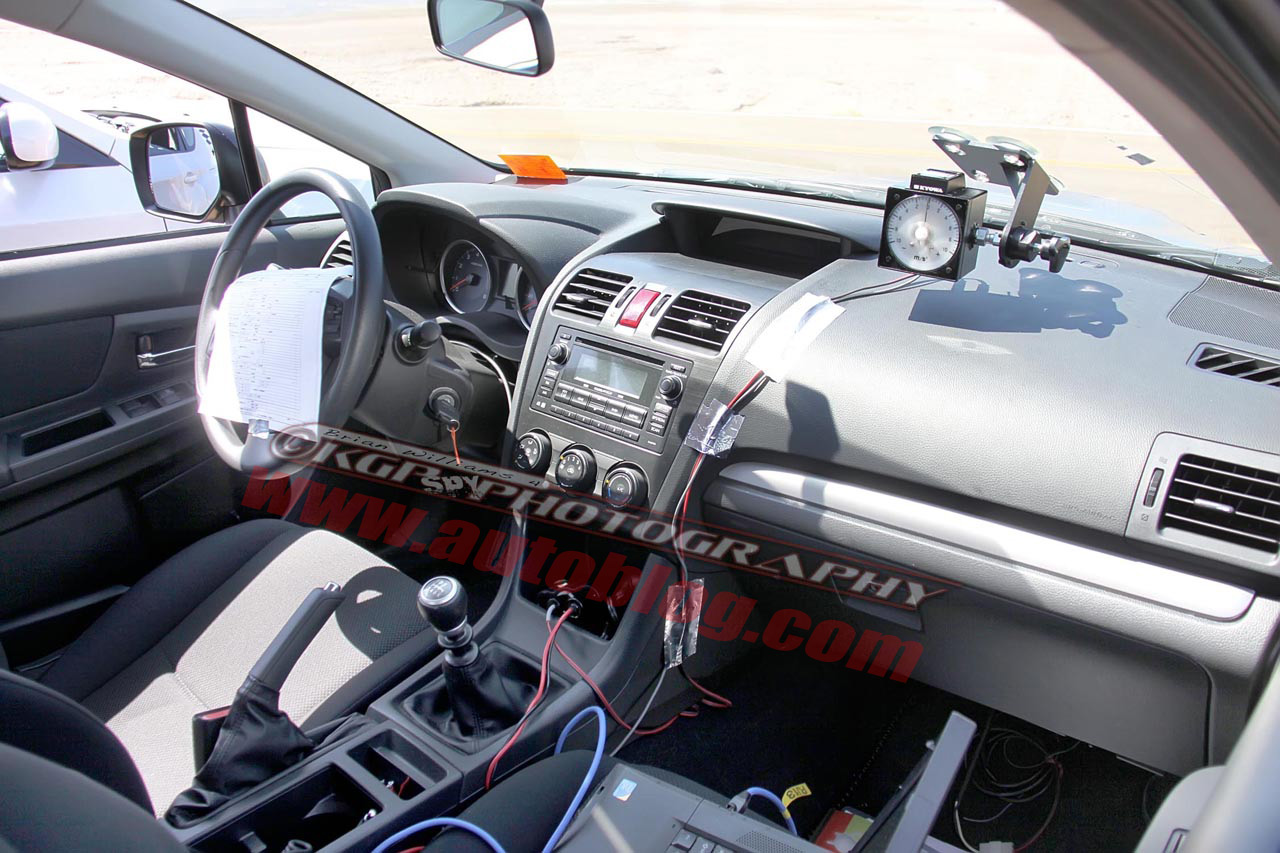 It’s allegedly the one in the Subaru Legacy, aka a 2.0 liter turbocharged FA-series powerplant, which can be loosely described as a turbo version of the engine in the BRZ.

In the Legacy this engine develops 296 horsepower and 295 pound-feet of torque but as it is a Japanese spec model, there’s still time for some changes.

Also, if we’re talking about the 2014 Subaru WRX it should have more of a rallying pedigree and output than the biggish family car. 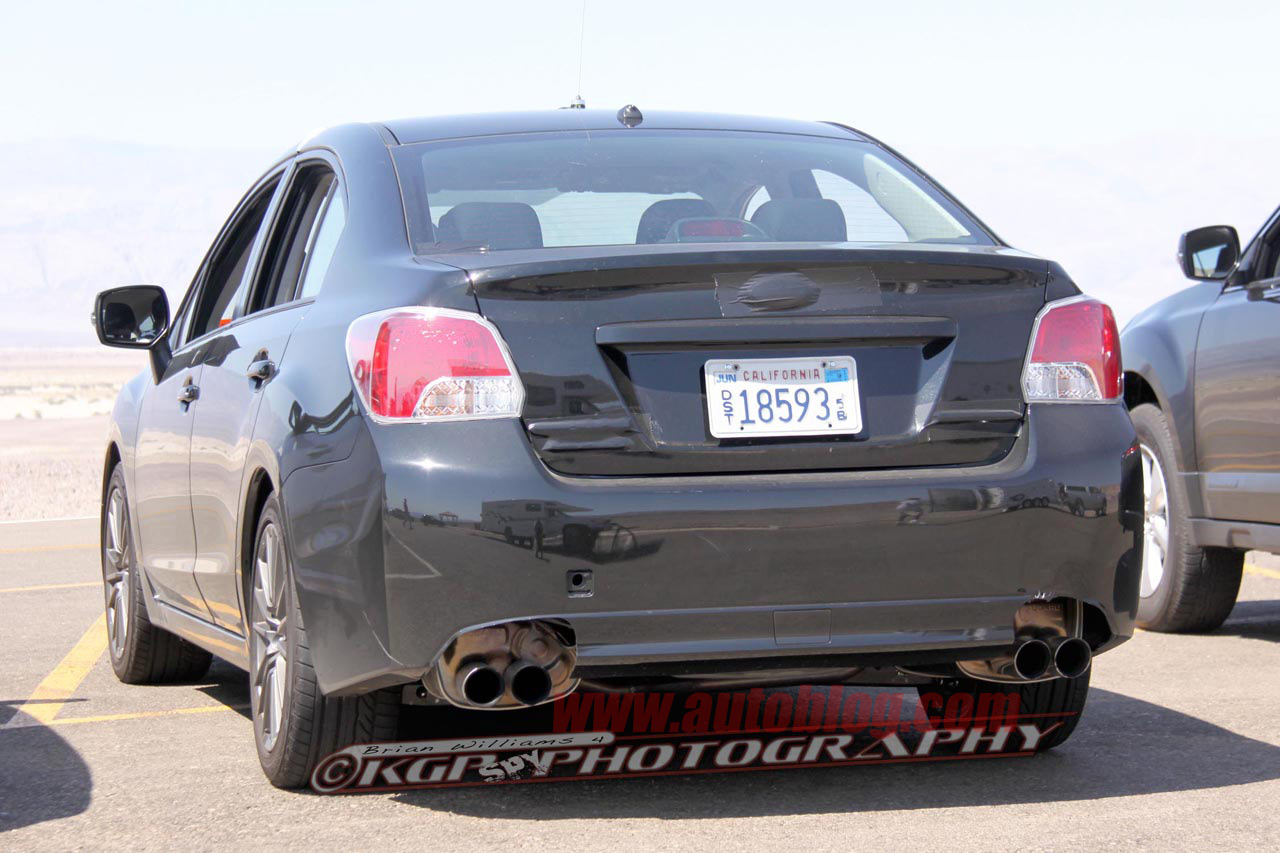 Those cheering for the non-disguised body are likely to be disappointed as this is quite the early test so there’s not much chance of the car having the same body kit by the end.

We expect to see some more openings to aid the cooling and some more aggressively shaped fenders. The eventual rear spoiler will also turn up.