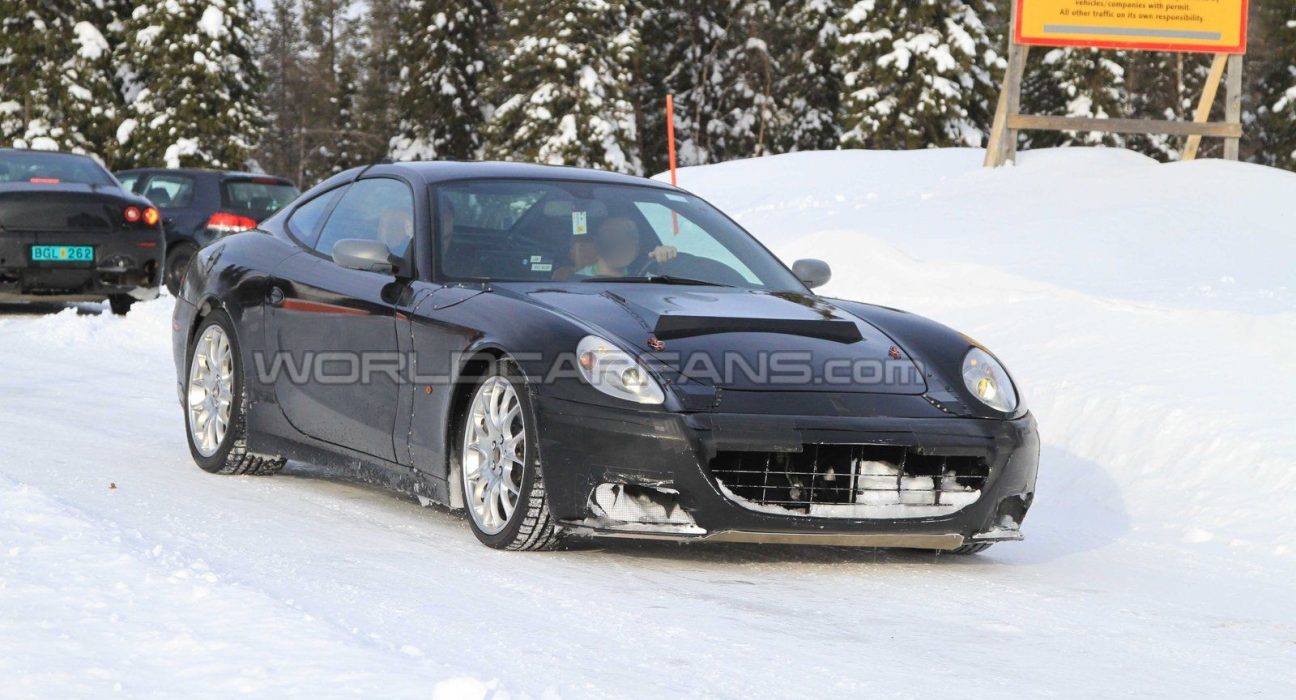 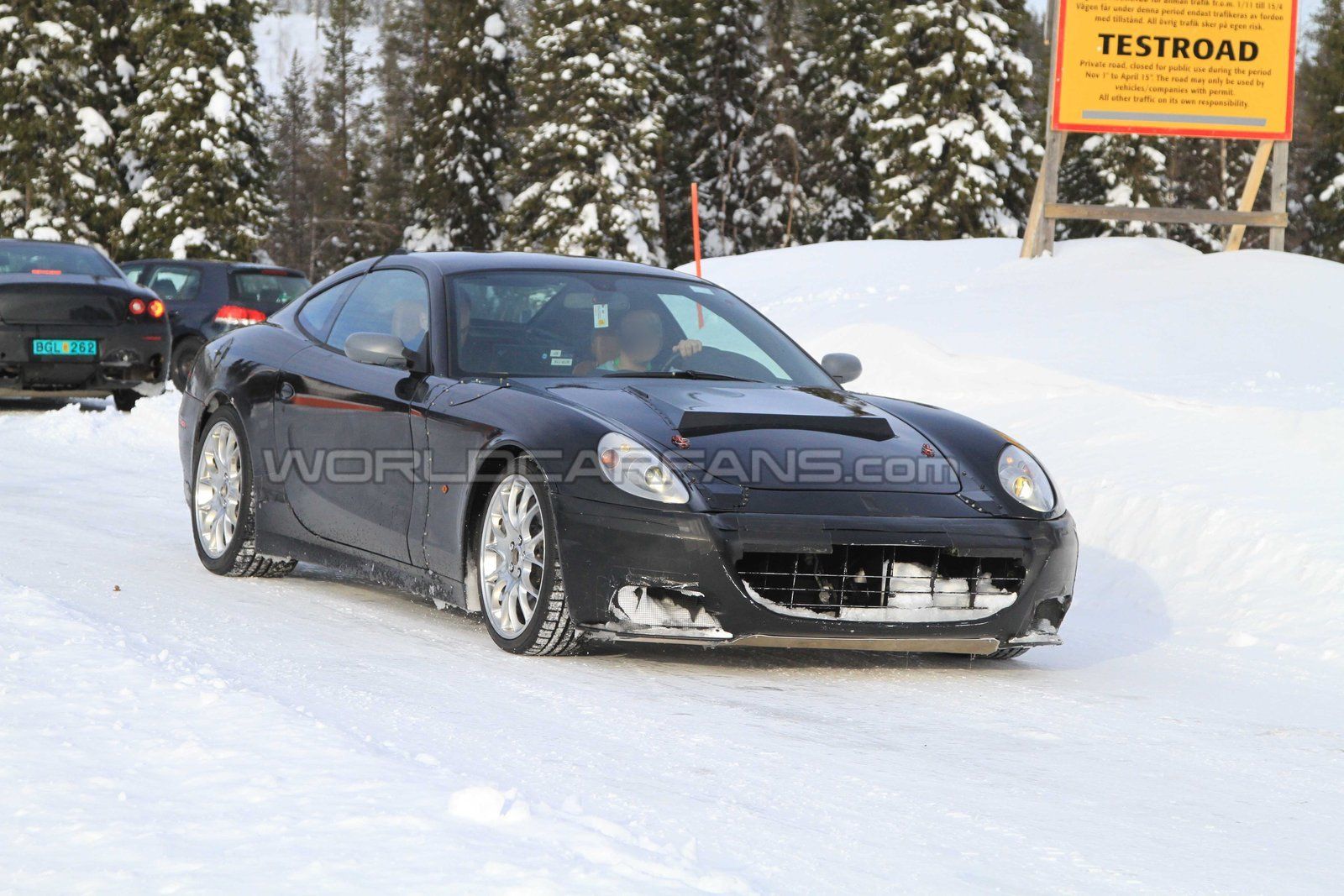 Here are some other high quality spy photos either that there is some camouflage on that 2012 Ferrari 612 Scaglietti, we can still see the main shapes of that car and I have to say that after I saw the first time a thumbnail with one of these spy photos, I thought it was a Porsche because from the front side, it really looks like a Porsche.

I would also like to say that these spy photos were taken around the Artic Circle. As you can see, there is a new wheelbase, a new exhaust system, redesigned front bumper and a budging hood.

There are some rumors saying that this 2012 Ferrari 612 Scaglietti is going to have a V12 engine being able to develop at last 533 horsepower and a maximum torque of 434 lb-ft. It should sprint from 0 to 100 kilometers per hour in less than 4 seconds and also having a bigger top speed than 322 kilometers per hour. 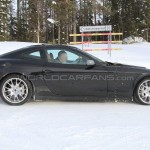 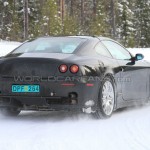 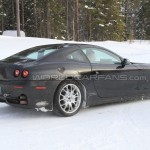