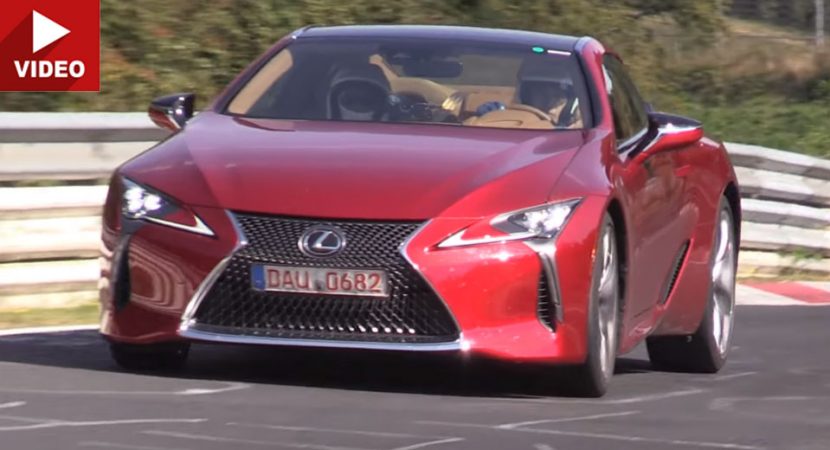 Toyota`s luxury division Lexus has always impressed its audience with authentic models, highlighted mainly by luxury, aggressive attitude and quite impressive performance under the hood.

But there is one particular model that has stood the test of time and now continues to be one of the toughest luxury sports cars in the segment – the one-and-only Lexus LC 500, recently seen in what seems to be final tests on the Ring.

As we already know from previous stories, the Lexus LC 500 Coupe is simply fascinating from a visual standpoint, coming with an extremely aggressive design and advanced aerodynamics, and that to cope with the sheer power underneath the skin.

In fact, according to the tuner, the Lexus LC 500 Coupe is that sexy sports car that can tackle any of the top contenders on the track.

Performance wise, once it will arrive on the market earlier next year, the all-new LC 500 Coupe is set to come with a massive 5.0-liter V8 engine, churning out an impressive 467 horsepower and 389 lb-ft of torque, being sent to the wheels via a high-performance ten-speed Aisin single-clutch automatic transmission, which changes gears extremely fast.

The transmission allows an acceleration from 0 to 100 km/h in less than 4.5 seconds, which is mind-blowing for a luxury coupe. We are not sure how much the all-new Lexus LC 500 Coupe will cost, buy it won`t come cheap.

Full details with the model will be revealed towards the end of the year, until then, hit the play button and enjoy the ride with the exquisite model! Would you buy the all-new LC 500 Coupe, no matter the costs involved?