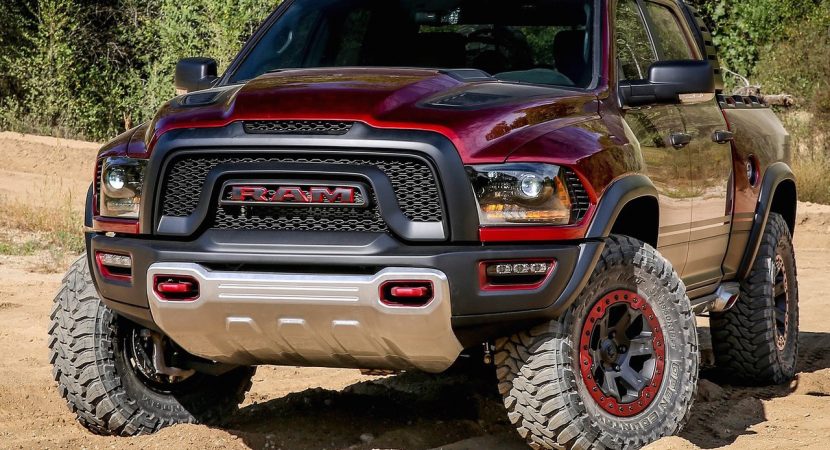 Ford, GM and Ram Trucks of Fiat Chrysler have been on a constant fight ever since the beginnings, each carmaker developing high-end pickup trucks with impressive styling and sheer performance under the hood.

While Ford was busy developing and releasing the 2017 F-150 on the market, with different aftermarket shops adding fine customizations, Ram has been working hard in developing a completely new Rebel lineup; and we have seen at work the 1500, 2500 and more. GM falls behind but is also trying to cope with a new lineup.

Recently, Ram`s Rebel, which looks extremely hot and aggressive at the same time, has been the subject of a massive and standout project carried out by no other than Hellcat, the division naming the model, TRX.

As we can see in the media gallery below, the Ram Rebel TRX comes with a special design, highlighted by the new bumpers and skid plates, which increase the car`s aggressive looks and personality. Also, the pickup truck is also wrapped with the new suspension and 37-inch massive tires. This makes it perfect for off-road adventures.

On the inside, the Ram Rebel TRX is also looking extremely cool with the sports features and high-end materials, which kinda complements the exterior.

Under the hood, the pickup packs an impressive 428 kW, which is way too much for the Ford`s F-150 Raptor with just 335 kW, and that would pose a serious threat to the Raptor`s supremacy. The pickup truck is also packed with a high-performance eight-sped “TorqueFlite” automatic transmission.