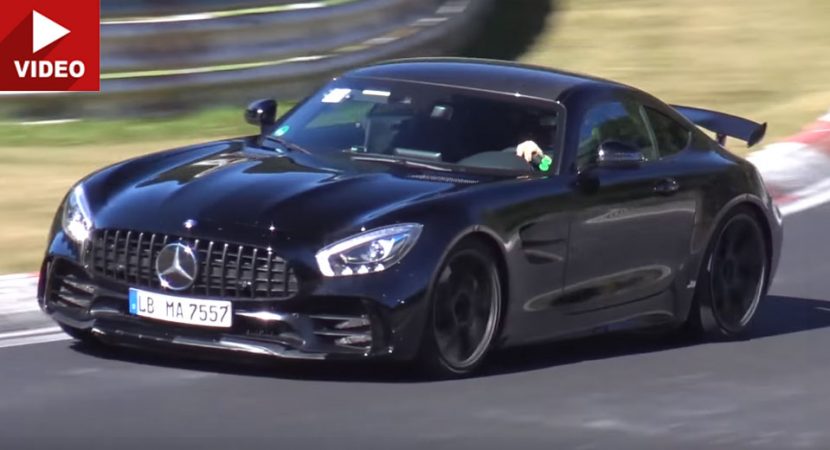 The Nurburgring has got to be the most famous race track in the world, with a lot of carmakers testing out their latest rides before their official unveiling.

And the most frequent prototypes to be seen on the track were BMW, Audi and Mercedes-Benz. The latter one is the reason of this post, the German carmaker sending again the Mercedes-AMG GT R sports cars for some new testing.

We have seen what the “Beast of Green Hell” can do on the tracks, but so far we haven’t heard about the sports car`s performance on the Ring. And who knows, perhaps the carmaker is planning new and higher-performance mechanical bits to prepare it for a big debut at the Ring.

We sure hope that if Mercedes-Benz decide to make the AMG GT R a track-oriented sports car, then they definitely have to come up with the most advanced powertrain, way too advanced than the AMG GT S, the single model from the company to establish good figures on the Ring.

Performance wise, the Mercedes-AMG GT R is making use of a massive 4.0-liter twin turbo engine with whopping 577 horsepower. This makes it the official high-performance model from the entire AMG lineup, with 65 horsepower more than the GT S.

As for the performance figure, we are looking here at a sprint from 0 to 100 km/h carried out in 3.6 seconds, at a topping of 318 km/h, which is absolutely mind-blowing.

Stay tuned for more details in the upcoming period, meanwhile, enjoy the spy video with the Mercedes-AMG GT R undergoing tests at the Ring!