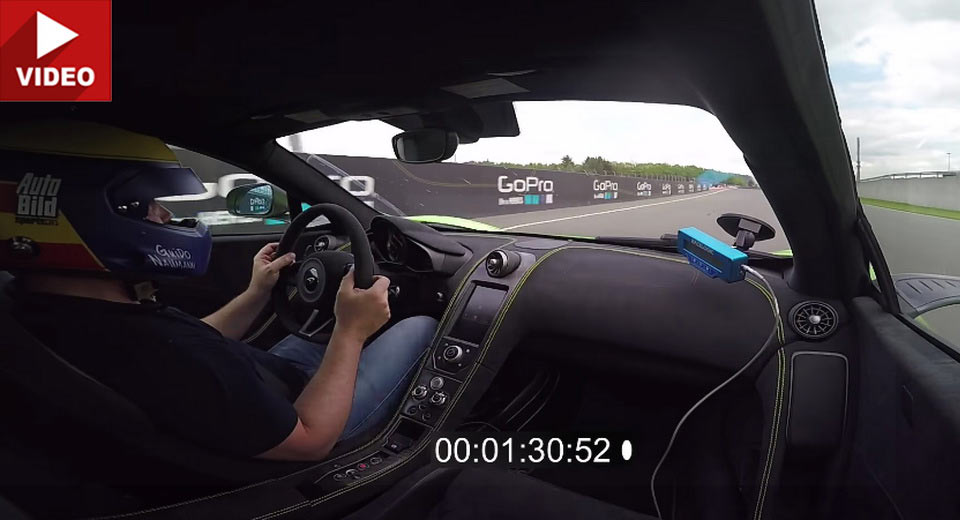 We are all living fast these days, and we also drive faster and faster, especially when being behind the wheels of a supercar like Porsche 918 Spyder or Lamborghini Aventador.

But the two of them mentioned above might become history – well, just kidding – as recently, the almighty McLaren 675LT has went berserk at the Sachsenring, managing to establish a new lap time, leaving behind the Viper ACR or Lamborghini Aventador.

The crazy lap race can be seen in the video below.

This would be the fourth fastest lap time achieved so far on the Moto GP track, with a time of 1:30:52, the McLaren 675LT sitting behind two Porsche 918 Spyder models and a Chevy Corvette Z06 C7. So the 918 Spyder also holds the supremacy at the Sachsenring, not only at the Ring.

The McLaren 675LT setting a new lap time is in fact a non-modified supercar, meaning that it used stock mechanics and engine.

Speaking about performance and engine, the McLaren 675LT comes with a 3.8-liter twin-turbo V8, with adaptive hydraulic suspension, paddle-shifted double-clutch Seamless-Shift gearbox, active airbrake panel. The engine produces 675 horsepower and 700 Nm of torque, enough to sprint from 0 to 100 km/h in a whopping 2.9 seconds, at a topping of 326 km/h.

Enjoy the video with the new lap record achieved by McLaren 675LT and don’t forget to express your opinions on that! Is the 675LT much faster than the 918 Spyder even on straight line drag race?