Automotorblog: Daily news on cars and motorcycles Blog VW No “T” for Teramont, VW`s Next SUV Will Be the Atlas
VW

No “T” for Teramont, VW`s Next SUV Will Be the Atlas 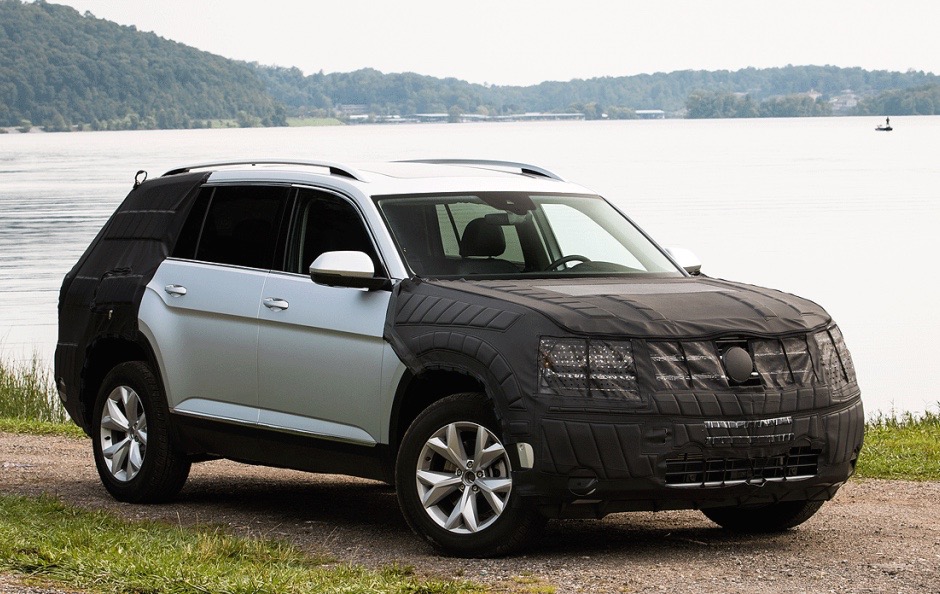 It is well-known that the Volkswagen Group is extremely busy preparing an entire fleet of high-end models, with the main highlight on its long-anticipated SUV, first rumored as the Teramont.

Previously rumored, the German based carmaker was supposed to name all its future models and SUVs with names beginning with the “T” letter, but recent reports indicate that such an idea would won`t stand.

Seen in numerous spy photos and long-discussed, the Group`s next SUV will be called Atlas and not Teramont. It will be an US-based SUV with a seven-seat displacement and tweaking an evolutionary design wearing the Group`s signature, while the cabin and the engine lineup will also be refreshed.

Actually, the Atlas is an interesting mixture between the Tiguan and the Touareg, being considered in the United States a mid-size SUV, while in Europe, the model is set as a large SUV.

As already expected, the new VW Atlas SUV will be sitting on the same MQB modular platform, the same one underpinning others within the Group, like the new Golf, Passat and some models from Skoda.

This means that it will be extremely large to accommodate a lot of leg room for the rear passengers and their luggage and housing as well a wide array of engines as well.

Speaking about performance, the new Atlas will come with petrol burners and diesels, spawning a new generation of V6 engines with four-cylinder configuration. More details will be known on the 27th of October, when the carmaker will release the model in its plenitude.