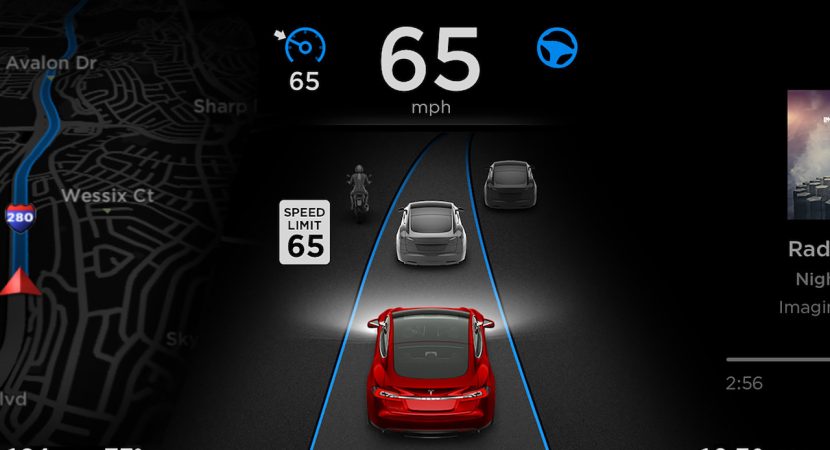 The Tesla`s Updated Autopilot 8.0 has been recently announced, the high-end technology coming with a lot of features, amongst the most important being the high-performance radar, which scans and detects road hazards.

The updates are decisive for the new system and help to prevent accidents on the roads, especially since the carmaker`s recent autopilot system led to fatal injuries. Now, the updated system is more secure and offers a wide range of safety systems.

Via radar, the Autopilot system`s improved processor can now recreate a 3D-like image, using high-performance and high-resolution cameras all around the car`s body. The car`s radar is better explained by Tesla`s CEO, Elon Musk:

“We’re making much more effective use of radar. The update will detect anything that’s metallic, anything that’s large and dense.” Then, the autopilot system will brake or avoid the obstacle on the road.

The Version 8.0 will be installed on Tesla latest models in a couple of weeks. Meanwile, have a closer look at the most important upgrades released by performancedrive auto magazine.

Will take highway exit if indicator on (8.0) or if nav system active (8.1). Available in the United States initially.

Car offsets in lane when overtaking a slower vehicle driving close to its lane edge.

Interface alerts are much more prominent, including flashing white border on instrument panel.

Reduced likelihood of overtaking in right lane in Europe.

In manual mode, alerts driver if about to leave the road and no torque on steering wheel has been detected since Autosteer was deactivated.

With further data gathering, car will activate Autosteer to avoid collision when probability ~100%.

Approximately 200 small enhancements that aren’t worth a bullet point.