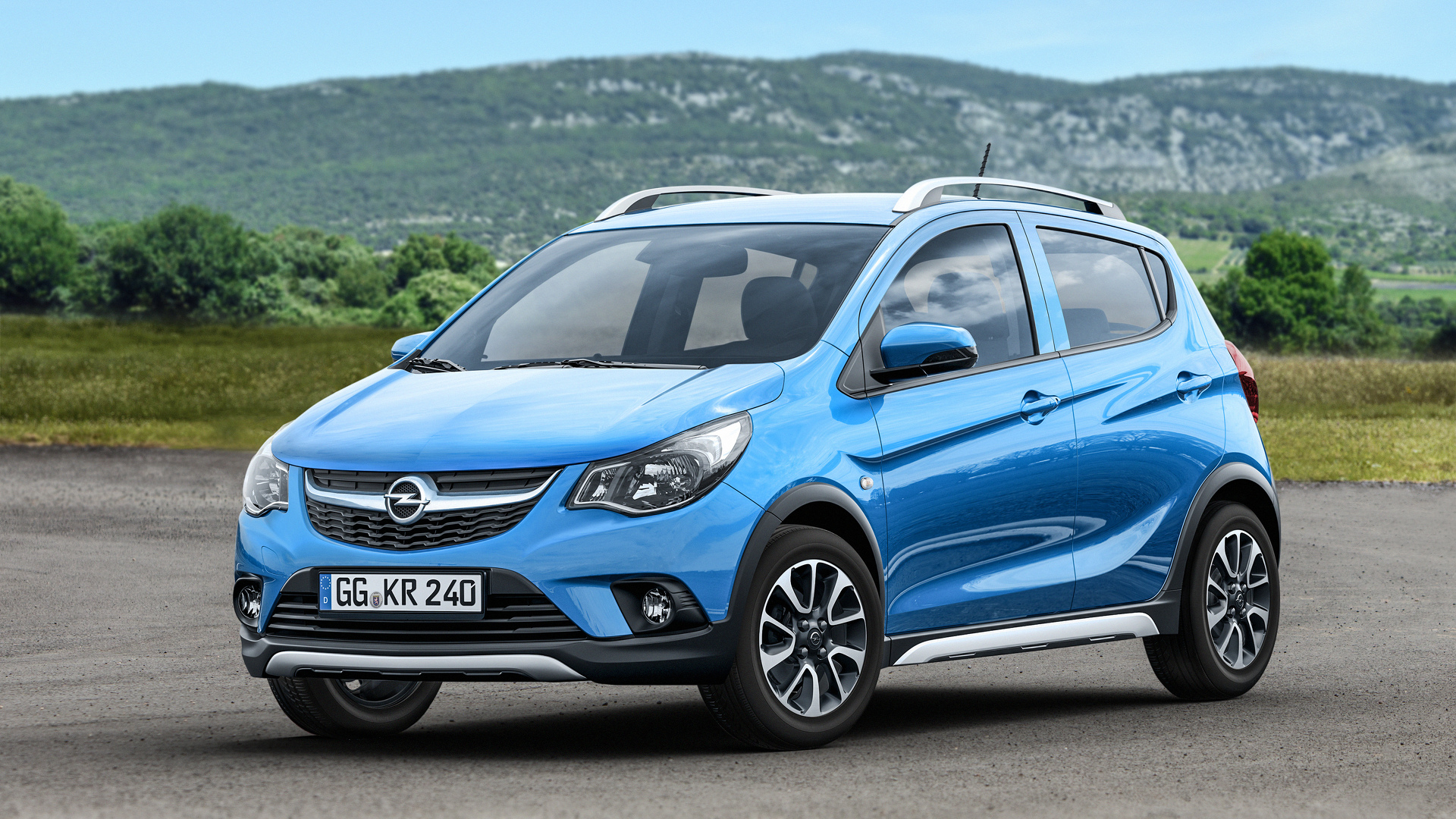 German-based Opel carmaker has recently announced the latest details with the new Opel Karl Rocks mini-crossover, ahead its official unveiling at the 2016 Paris Motor Show, the model coming available in dealerships at the end of the year.

From a visual standpoint, the Opel Karl Rocks really “rocks” the boat with a nice body styling with influences from the Adam, the model being considered by the carmaker as “a mini car that can handle the daily challenges of the urban jungle while simultaneously dazzling onlookers with its trendy SUV look and feel.”

As we can depict from the official images, the Opel Karl Rocks is standing taller than the Adam, with a ride height increase of 0.7 inches, the model standing out from the crowd with silver roof rails, updated front and rear bumper with plastic cladding, protective side sills, all complemented with the 15-inch bi-volor alloy wheels.

Inside, the cabin welcomes you with new styling features, like Favo fabric upholstery on the seats, along with the latest gadgetry, like Radio R 4.0 IntelliLink system, infotainment system with CarPlay and AndroidAuto connectivity, satellite navigation via AppleMaps and so on.

The carmaker also brags with other advanced features, such as city steering mode with reduced steering by a push of a button, cruise control with speed limiter, park assist with acoustic warnings and so on.

In the engine department, the carmaker has not let any word out so far, but according to recent reports, the model might come with a 1.0-liter naturally-aspirated engine, with a front-wheel drive and five-speed manual gearbox.