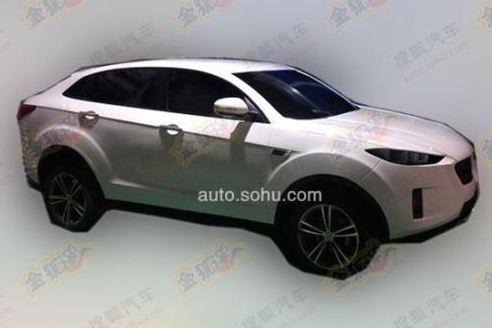 With the Chinese car market having opened up so much in the last period, you would think that their blatant copies of famous cars would go away, or at least decrease in number.

Auto Sohu has some pictures that seem to prove us wrong, as the Chinese have set their sights on the Lamborghini Urus.

The Urus look-alike has been announced by a car maker located in Chengdu city going by the name of Sichuan Yema, and judging by the details, this running copyright infringement will be just for show, as performance will be severely lacking.

Set to be based on the Austin Rover Maestro platform, Sichuan Yema plans to fit it with a 1.5 liter engine also “borrowed” from Mitsubishi and capable of producing 141 Hp and 200 Nm of torque. With that degree of power under the hood of an SUV, you will be lucky to reach the top of a hill before a Chevrolet Spark.

But then again, Sichuan Yema has had a history of braging about various new project and the failing to deliver. Yet they did manage to get some bad publicity, and as we know, bad publicity is still publicity.

Volvo to increase production on the V60 plug-in