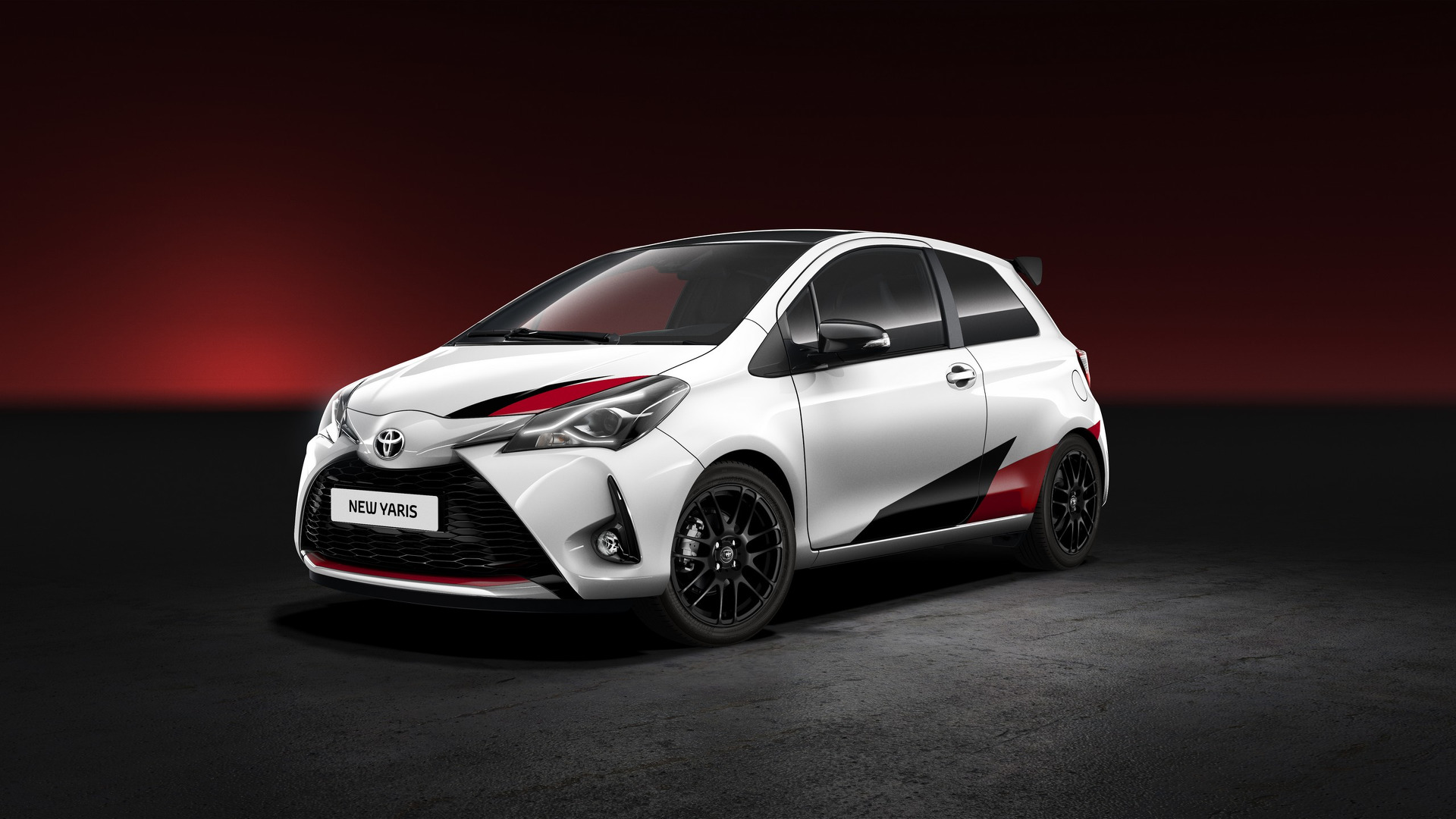 Following a series of previews reports and rumors of a new and much more potent variant of the Yaris model, the Japanese based carmaker Toyota has recently unveiled some official details of the new GRMN.

As some of you might be familiar with, the GRMN name stands for “Gazoo Racing Masters of the Nurburgring,” which clearly indicates that we are dealing here with a small beast form of the Yaris, both at the exterior as well as inside and under the hood.

We do not have much details concerning the exterior of the new Yaris, but judging by the two images below, we expect an extremely aggressive and sporty model, with muscular lines which would perfectly fit the powertrain under the hood.

This sweetheart kind of city car packs a 1.8-liter four-cylinder supercharged petrol burner, with an impressive 210 horsepower, which is way too much than the WRC-spec Yaris – the most powerful Yaris so far, with a turbocharged 1.6-liter engine. As for the gearbox, the GRMN is likely to pack a six-speed manual setup, sending the power to the front wheels.

Besides the aggressive body kit and increase aerodynamics, the little yet extremely agile Yaris racer also comes with some new mechanics, like updated brakes and much stiffer suspension system, custom wheels and fresh cabin detailing.

The model will be officially unveiled at the 2017 Geneva Motor Show and will stand against the likes of the Volkswagen Polo GTi or the new Ford Fiesta ST. Full details will be revealed at the auto show.

What’s New for the Automotive Industry in 2017?