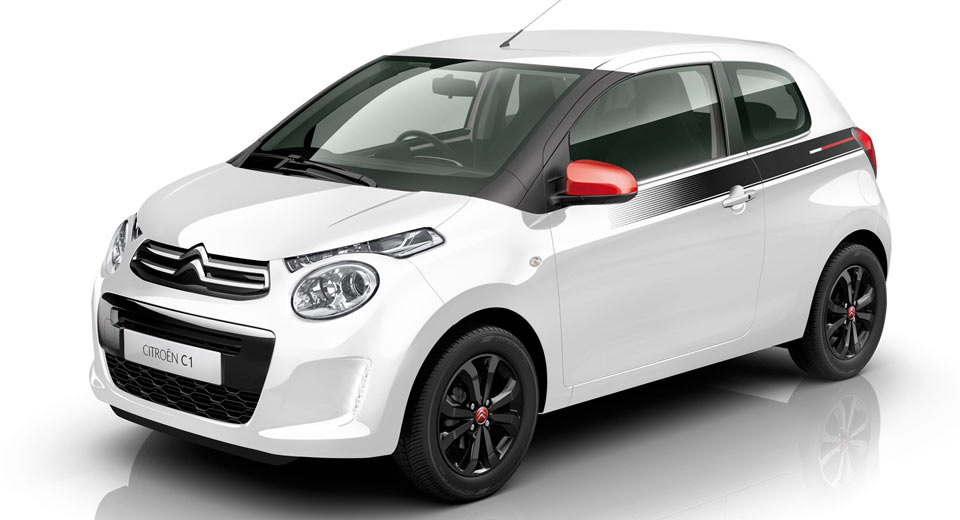 If you are young, in love, live in the United Kingdom and want to enjoy life to the max, especially while cruising down the busy roads, then Citroen gives you the perfect ride, the all-new C1 Furio, which is a real “furious” city car when it comes to fast acceleration at the green light.

And the good news is that it is not that expensive as previously reported: it costs £10,855, and might be considered one of the cheapest versions in its class, way cheaper than the Peugeot`s 108 or Toyota`s Aygo.

For that money, you get an extremely appealing, sporty yet elegant body styling, consisting of standout elements like the blacked-out 15-inch alloys, red mirrors, rear faux diffuser, center exhaust, along with a grey upholstery and tachometer inside the cabin.

Don’t expect any BMW performance for this city lad, the Citroen C1 Furio being offered with an entry-level inline three-cylinder engine developing 82 horsepower, with the diesel version being less powerful, just 68 horsepower.

The French-based Citroen hasn’t released the full specs details, but I think this is less important, especially for young drivers who are already dying to have it at their door. If you lived in the UK, would you buy a C1 Furio to impress your girlfriend?

Mercedes GLE 63 with Inferno Carbon Kit by TopCar Is Really Awesome, Yet Expensive