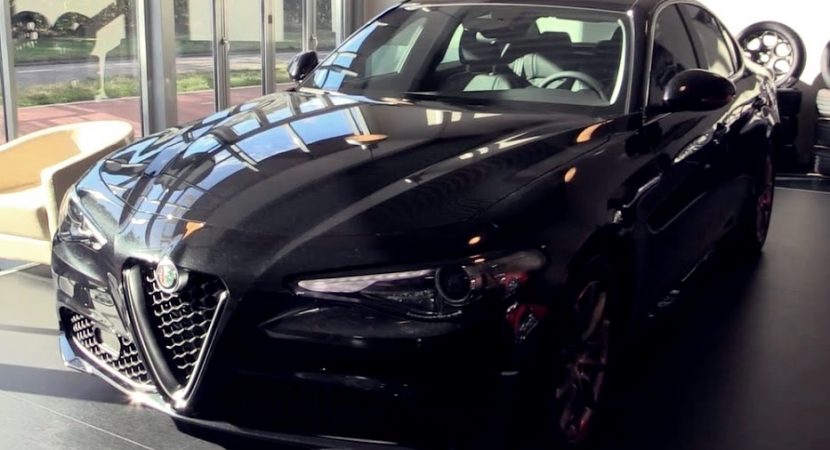 The entire Giulia lineup from Alfa Romeo has already proven its best, especially the top of the line QV, which has demonstrated that it can be almightier than its direct competitors, the BMW M3 and BMW M4, coming with an impressive styling and sheer performance under the hood.

The Alfa Romeo Giulia in its base form is also outstanding, featuring an aggressive look and demonstrating that it can do a lot around the track or the roads. A recent video with the model simply showcases how gorgeous in looks can be the Giulia model.

This one seen here is wearing an outstanding black wrap, which is indeed a special one, as opposed to the stock red and blue. The carmaker`s new offering is a show of respect and dedication towards the entire lineup.

A certain guy going by the nickname Alaaatin61 has released a POV video which highlights the car`s exterior as well as its advanced driving dynamics. We won`t spoil the fun and let you enjoy the ride!

In case you wanted to make a comparison with the high-end QV version, the standard Giulia comes with a 2.2-liter diesel engine, developing a good 150 horsepower and 380 Nm of torque, being equipped with a standard six-speed manual or an optional eight-speed automatic transmission.

Besides the good torque and power, the mechanics of the Alfa Romeo Giulia are also worth mentioning. The model features active suspension for a pleasant ride, as well as the Integrated Brake System (IBS) which reduces the braking distance, which is 38.5 m from 100 km/h to 0.