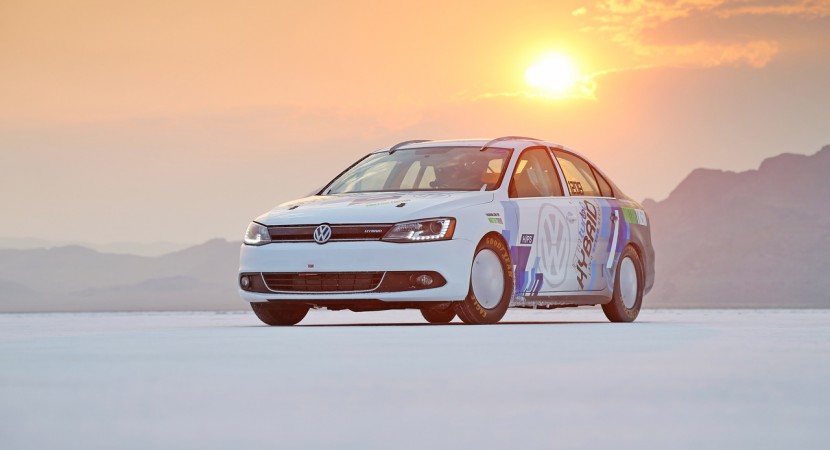 Volkswagen is said to make cars for the people. The German car maker is itching a little bit towards the luxury segment but they certainly know what pleases the crowds.

VW is king when it comes to build quality, sensible features, reliability and fuel economy. Their Jetta hybrid sedan matches all those features nicely. 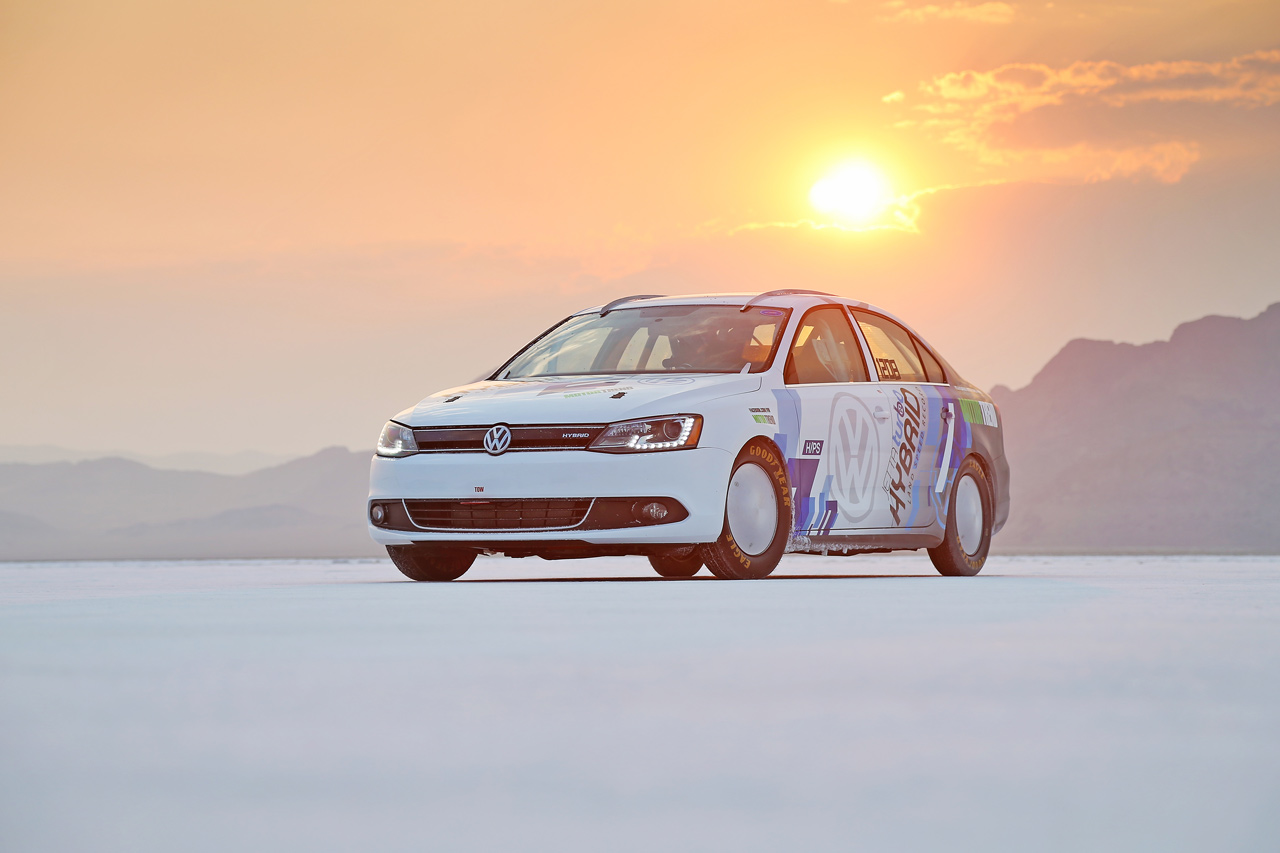 More importantly it also got itself a new world record recently. Fuel economy? Range on batteries alone perhaps? Not even close, the new record is for speed.

The Germans have really went to town on a Jetta hybrid and then took it to Boneville. They went there for the salt flat speed runs and came back quite successfully.

At the end of the work, the Volkswagen Jetta Hybrid was clocked at 186.313, braking the land speed record for hybrids which was actually set by the Jetta hybrid to begin with. 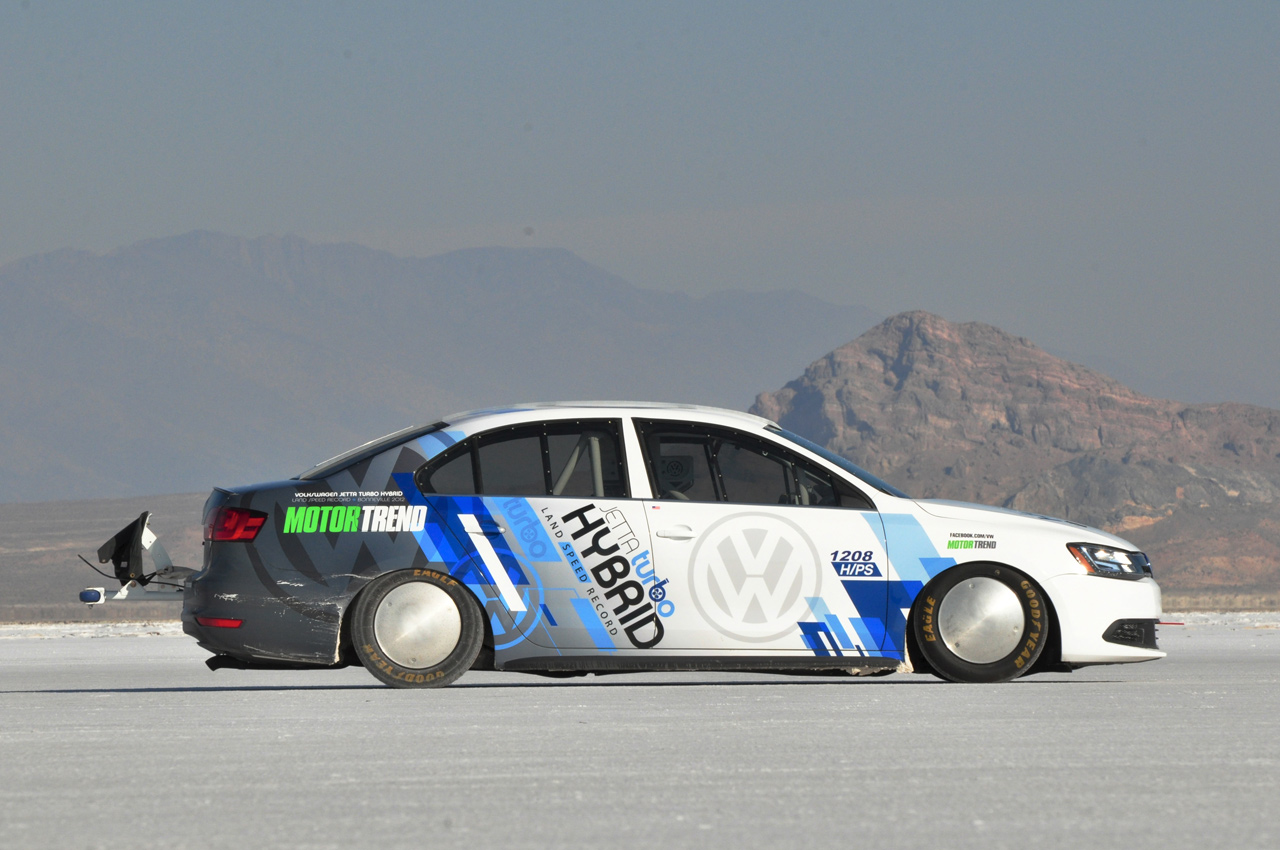 Technically, the car is running under the production car class and the company hasn’t cheated. They didn’t take a completely standard car out there.

The Jetta Hybrid actually got its engine pumped up to 300 horsepower in the detriment of reliability, had custom wheels & tires fitted and roll cage.

Some doubt does happen as to how the suspension was lowered, but this has happened under SCTA rules, there’s not much you can argue with. 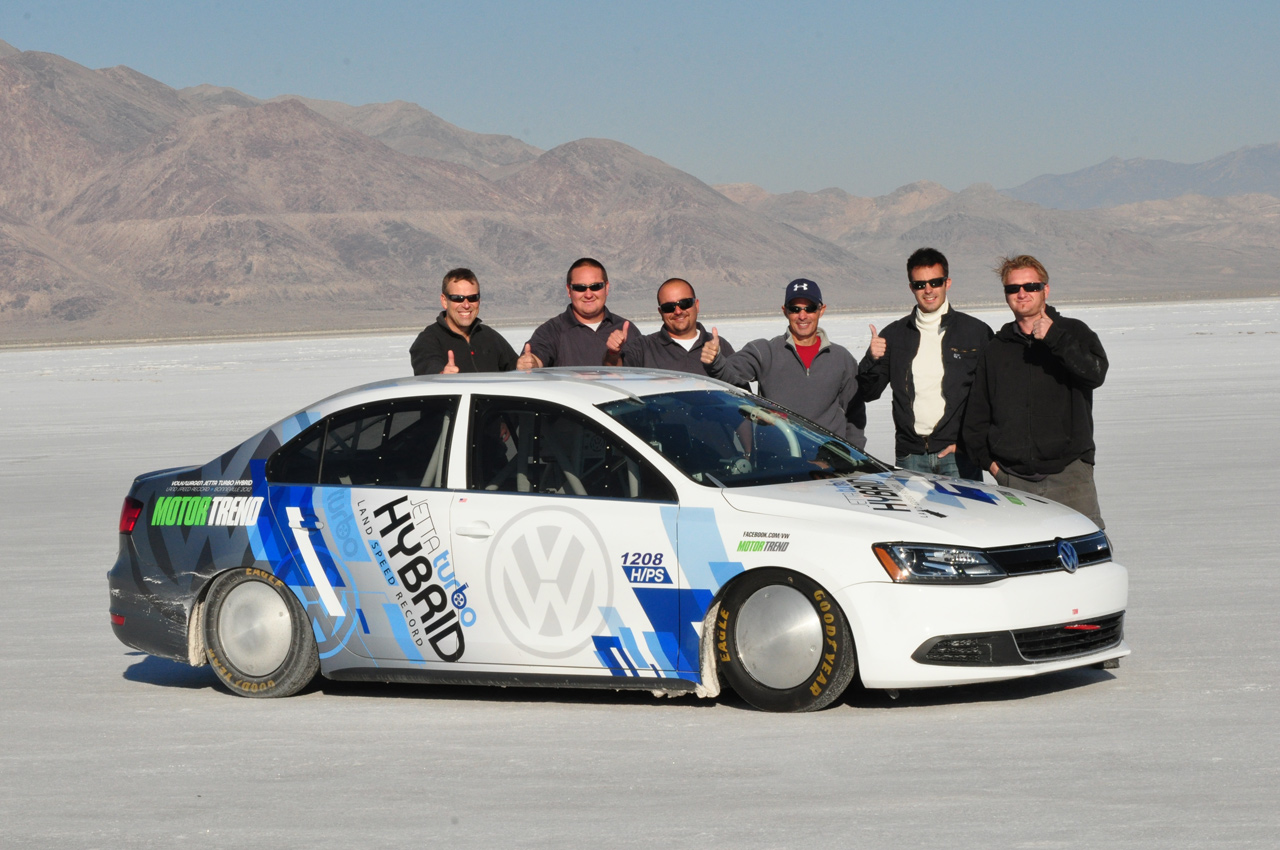 At least the actual drivetrain uses the same components as the standard 2013 Volkswagen Jetta Hybrid and there’s no excess aerodynamic work done to it.

The standard car is better looking and does get considerably better fuel economy so you may want to look into it.