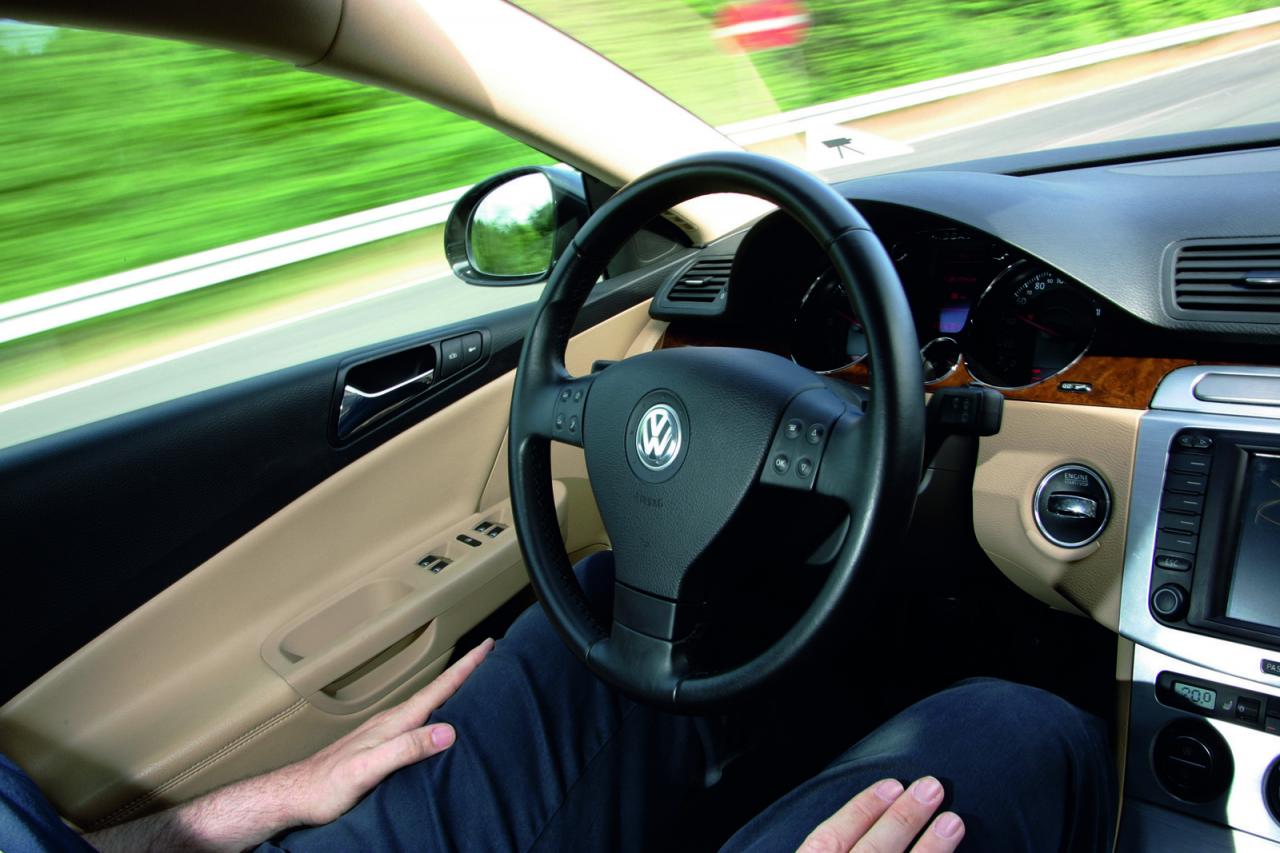 Prof. Dr. Jürgen Leohold, Executive Director Volkswagen Group Research, has presented the Temporary Auto Pilot system at the final presentation of the EU research project HAVEit (Highly Automated Vehicles for Intelligent Transport). With this new driver assist system, the Germans from Volkswagen want to make a step ahead in this regard and provide the latest technology available as soon as possible.

Not only automotive brands such as Volvo or BMW are developing advanced safety and driver assist systems, Volkswagen joins the game with their latest creation called Temporary Auto Pilot (TAP). As its name suggest, the system is able to self-control the vehicle under driver’s closely monitoring.

This system is currently under developing but there are big chances to see this driver assistance system on production models quite soon. As expected, VW’s Temporary Auto Pilot will be able to semi-automatically drive the car on the highway at speeds up to 130 km/h. The system will work properly on highway as the crowded cities are a little bit too difficult for any system, at least for now.

Even the new system is available to drive the car temporarily, Dr. Jürgen claims that this is nothing but a new step towards the fully automatic and accident-free driving. The new Temporary Auto Pilot system works quite simple by using systems such as the Lane Assist which keeps the car on its path but also Adaptive Cruise Control which helps the model run uniform.

As this system is not a fully automatic auto pilot, the driver is allowed to override the system if there is needed in order to correct the situations where the system is failing to react. According to the official details, the new Temporary Auto Pilot system is based on production-like sensor platform which means that integrating the system on series models would not be too difficult. More precise, the system uses a laser scanner, electronic horizon, radar, camera and ultrasonic sensors.

“One conceivable scenario for its initial use might be in monotonous driving situations, e.g. in traffic jams or over sections of a driving route that are exceedingly speed-limited,” comments Leohold.