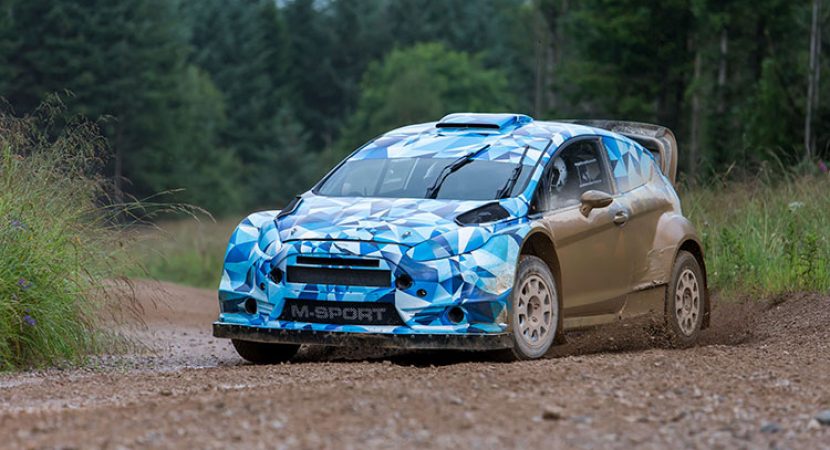 According to the new standards imposed by the 2017 World Rally Championship, all participating race cars must comply with its regulations and come with improved aerodynamics and mechanical characteristics, which would increase their maneuverability on different road conditions, like gravel.

Recently, the North American carmaker has sent the all-new 2017 Fiesta RS WRC on gravel tests, carried out in Cumbria, UK. The model seen here is coming with a modified architecture, which sheds off around 10 kg, the prototype also being 55 mm wider than the current racer.

Concerning the racer`s tests and the new regulations, M-Sport CEO Malcolm Wilson, better explains the situation in a recent statement:

“Whenever a new car gets its first run out in the forest there is always an air of excitement, and rightly so. Time and again we have proven that we have the engineering expertise to produce winning cars, and the initial findings suggest that this one will be no different. This is only the first prototype but the speed really is incredible. We’re still fine-tuning the aero-package with our colleagues at Ford, but we have been able to run all of the mechanical components on the current bodyshell and the first tests have only strengthened my confidence in our ability to produce a winning car.”

Once it will arrive on the market at the beginning of 2017, the new Fiesta RS WRC will rival against the Renault Clio R.S. 16. Prices and full specs will be revealed later on, towards the end of this year.