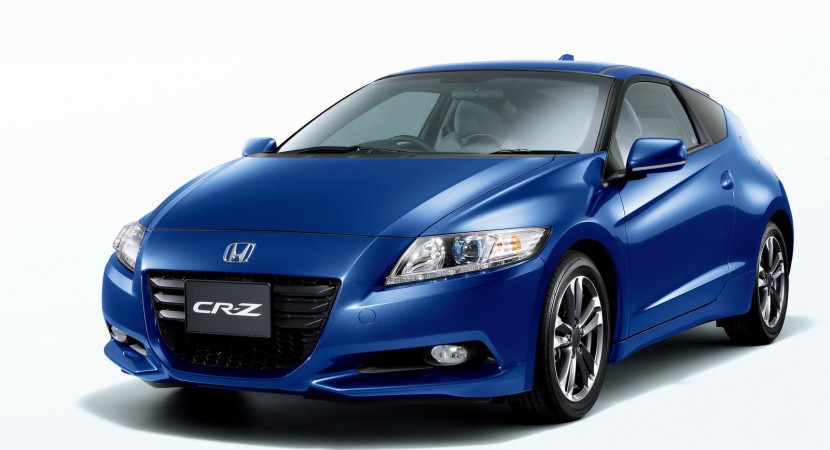 You’re probably glued to your monitor right now, reading up on this fabulous idea, a Honda CR-Z limited edition. The Honda CR-Z Memorial Award Edition is something the Japanese thought off while having some serious sake. In order to congratulate themselves for winning the Car of the Year title, they’re going to make a limited edition. The catch is that instead of bothering with something truly important for the car, the Honda CR-Z Memorial Award Edition only gets somewhat distinctive looks.

The special edition’s distinction is to come from a Pearl Deep Sapphire Blue exterior paint finish and the unique wheels called Dark Pewter Gray which measure in at 16 inches.

As an added incentive Honda’s hybrid hatchback with some sporting ideas gets a new interior. This has a color finish in Medium Gray, (imagine the excitement) teamed with aluminum pedals and a navigation system as standard.

The real “piece de resistance” of the Honda CR-Z Memorial Award Edition is that it has a sticker on the driver’s side quarter glass destined to remind commoners that you’re driving a Car of the Year winner. I say it’s so hopeless it could only work in Japan, but there you go. Honda will be making 1000 units of this limited edition and each of them will cost the equivalent of $34.200.