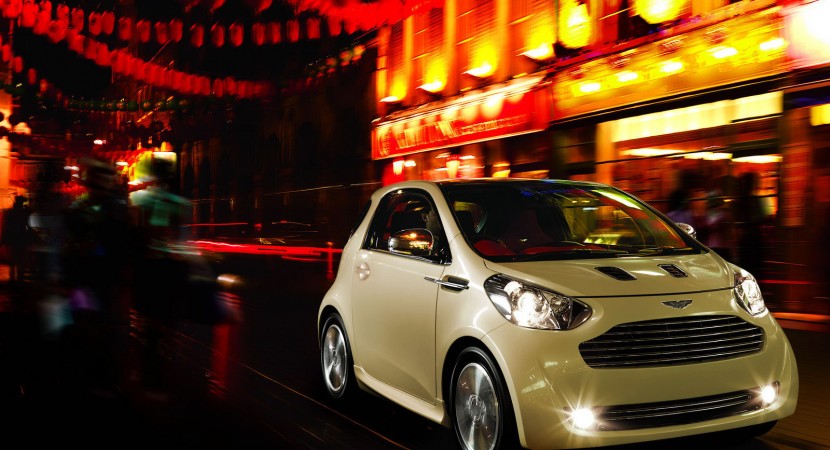 It seems that the little city car the coolest brand in the UK was showcasing at this spring’s Geneva Motor Show will hit the production line soon. Back at the infamous motor show this was nothing more than a Toyota IQ based luxury supermini done by Aston Martin as an attempt to keep in tune with annoying emissions legislation.

Most of us though it’s nice and it’s a good enough attempt that it’ll gloss over the management at Aston Martin not doing it and keep working at their V12s and exclusive works of art.

Apparently that’s not going to be the case as this car will go into production and even more than that as the Aston Martin Cygnet will start selling in 2011. Speaking of that, if you’ve been the sort of chap who always wanted an Aston Martin but could never afford one and you look at this and think that the £30,000 to £50,000 price tag isn’t out of yours in the UK might not be out of reach so much you shouldn’t get to excited.

There’s a bit of a gimmick with the sales and customers department as for starters only previous Aston Martin customers will be able to buy themselves one. That’s what the British are saying they’ll do at first which is either proof of them not wanting to ruin their reputation to new coming customers or they are beginning to see themselves able to pull off the sort of stuff Ferrari does with some limited editions.