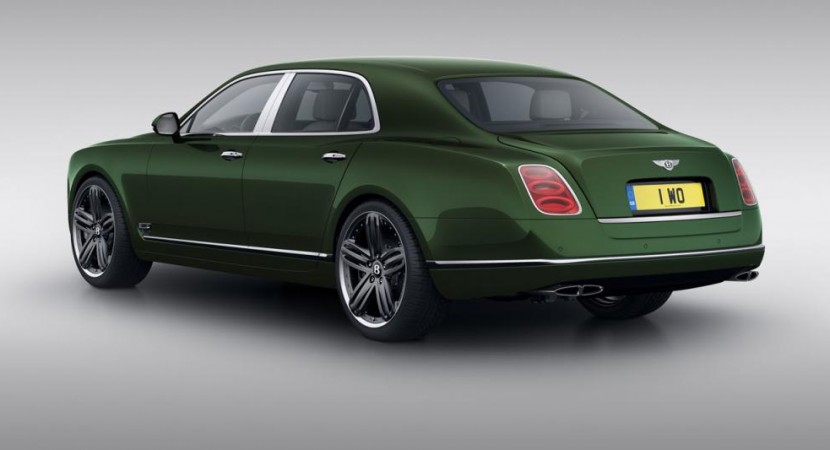 Bentley released details and photos on a new special edition based on the Mulsanne. We talk about the Le Mans Edition, a model meant to celebrate 90 years since the first Le Mans race.

At the exterior, the British luxury car benefits from new five-spoke alloy wheels, a quad-pipe exhaust system and a dark green finish, as we can see in these images.

Enter the cabin and you will find a new pair of seats wrapped in diamond-quilted leather, a new set of alloy pedals and other minor tweaks able to boost the comfort and luxury of the British model.

Scheduled to make the world premiere at the Pebble Beach Concours d’Elegance, the new model will be showcased alongside several well-known models such as the Continental GT Speed and GT3 and the Flying Spur.